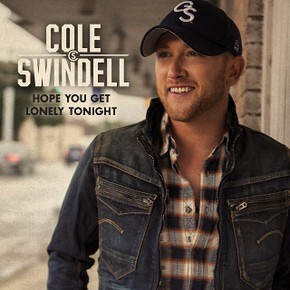 Here’s to watching what you wish for. For a while we’ve been clamoring for these Bro-Country types to put a little story in their songs instead of simply listing off the stuff they see as they sit on their tailgate with their iPhone notepad pulled up trying to write a song. Unfortunately those results regularly turn out to be worse than the latter as we get these unsavory insights into the truly self-absorbed, sometimes bordering on sociopathic tendencies that make these douchebags tick. We saw this with Tyler Farr’s “Redneck Crazy,” and now I enter into state’s evidence Cole Swindell’s “Hope You Get Lonely Tonight.”

This song has been swirling out there for a while, but it seems we’re living in a country music world where even ‘B’ level male music talent is entitled to scoring #1’s while the genre’s best females fight back obscurity. Last week “Hope You Get Lonely Tonight” bested all others on Billboard’s Country Airplay chart. That’s right, there’s no other song out there that DJ’s felt more inclined to spin than a song about the controlling male in a caustic and unhealthy relationship manipulating his other half into regrettable sex. “If you’ve got some room for a little regret, let me know girl I’ve already left.”

“I Hope You Get Lonely Tonight” starts off with your stereotypical EDM drum machine beat idiosyncratic of today’s stupid and uninspired country, careening into Whitesnake-style super riffs of arena guitar. When Cole starts singing, you immediately sense the infiltration of 1’s and 0’s on his vocal track indicative of Auto-Tune’s involvement, and from the first line—“I could go for a tipsy tailgate kiss, baby taste the moonshinin’ off of your lips”—the listener can immediately discern that the overlords of tailgate country—Tyler Hubbard and Brian Kelly of Florida Georgia Line—had their tentacles all over this songwriting-by-committee monstrosity.

But to give this song its due credit, it does touch on a section of the young adult emotional experience rarely elucidated upon to any significant degree. Most of us have experienced that difficult time in the post-relationship setting where even though you’ve steadfastly determined from an intellectual standpoint that it is time to move on, the emotional and physical pull of someone you have invested heavily in over a period is still too powerful to overcome. It’s something that takes time, and usually a new lover, to fully divest from. However instead of delving into this moment of vulnerability with a candid attempt at understanding, Cole Swindell, with an air of smugness and arrogance, grins at his own power to coax his previous lover into a compromising situation he knows will be unhelpful to her long-term mental state. The whole “I hope you get lonely” refrain speaks to the inherent selfishness at the heart of this song.

The sad fact is that a lot of mainstream country’s target demo can relate to a song like this, including many female listeners who while sneering at this type of behavior on the outside, find the allure of the “bad boy” archetype so enthralling and savory that they play along, fully knowing they have “room for a little regret” awaiting them.

With “Hope You Get Lonely Tonight” scoring Cole Swindell his 2nd #1 in as many tries, this former merch salesman for Luke Bryan makes the case for being both one of mainstream country’s fastest-rising stars, and one of the worst offenders for anyone trying to implement some modicum of quality control in the genre.