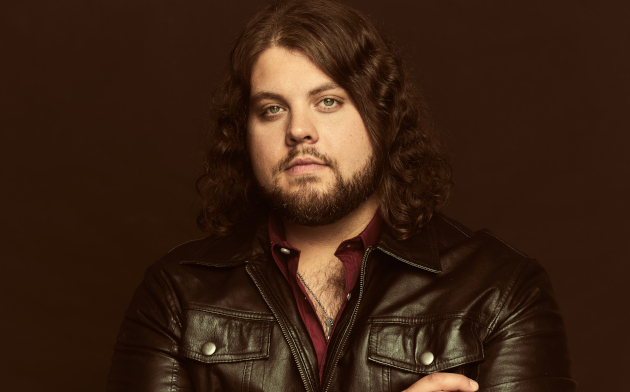 When populating your list of insurgent acts from Kentucky helping to turning country music right side up, don’t forget to key in Dillon Carmichael. In fact he might be one of the most important names to remember since he’s right in the thick of the mainstream as a signee to Riser House Records, working from the inside out to return twang and truth to country music.

Following up his well-received debut record Hell On An Angel from 2018, Carmichael released a somewhat unexpected EP in October called I Do For You. Doing an EP release in between your freshman and sophomore records should be generally discouraged since it commonly results in whatever tracks contained on the EP getting forgotten. Does anyone remember the EP that Margo Price released between her first two albums called Weakness? You probably didn’t until just right now, if you even knew about it in the first place. That’s the problem with EPs; they get regulated to the also-ran category of music, and are often overshadowed by their LP counterparts.

But there’s one major reason for this Dillon Carmichael EP, and one reason only: mainstream radio play. We wondered what Riser House would be able to do with Dylan Carmichael since he fits so far outside the standard mainstream model. If you’ll remember, the release of his debut album was delayed a few months, and some of his earlier (and best) songs didn’t make the cut for the debut record. And even though Riser House made a few stabs at radio with his debut, there was no real push in that direction. 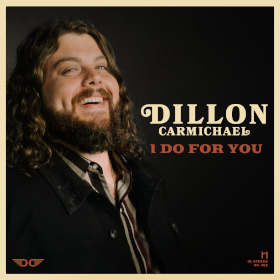 Dillon Carmichael is a grassroots, album-based artist, building his career off of critical acclaim and traditional country appeal. But perhaps seeing the success that Luke Combs, Jon Pardi, and other more country-sounding artists are having on radio at the moment, Riser House now spies a window where Dillon Carmichael can slide in and find some success in this hardest nut to crack in country music too. That’s why the success of guys like Combs and Pardi is so important. It opens doors for others.

Full page ads in country trade periodicals, and calls from label reps to DJs and radio programmers have accompanied the I Do For You EP, and specifically the title track which was released as a proper radio single. It recently emerged in the #50’s  on the charts and is slowly gaining traction. Whether this EP and its tracks eventually gets rolled into a bigger album later, or they stand alone until kingdom come, the I Do For You EP was a radio push, and so far it’s showing some preliminary success.

“I Do For You” is a quality Dillon Carmichael single, with plenty of twang from his Kentucky voice, fiddle and steel guitar, and is a decently-written tune talking about how his love for another changes his perspective and behavior in life. Lyrically, it fits well in the current “Boyfriend Country” trend, which isn’t entirely a bad thing. It will ingratiate itself to radio, and hopefully find its way up the charts, despite the pretty hard country production.

But when regarding the I Do For You EP in it’s entirety, it’s a little hit-miss-hit-miss-hit. “It’s Your Fault” is a good compliment to “I Do For You” with it’s pulsating beat and emotional moments. But “99 Problems (A Fish Ain’t One)”—which owes a hat tip to that Jay-Z song not about fishes, but female dogs—doesn’t really get it done as a good song. Of course you can’t take a song like this too seriously or you run the risk of the joke being on you. But the production feels wrong, and the list-like lyrics don’t do it any favors. This is an idea that should have been quashed in the writing room, or at the least left for a fun next-to-last track on a 14-song album. Here it feels a little exposed.

“Hung Up On You” is the kind of song you feared Carmichael would cut if Riser House ever insisted he needed to be on radio. The segments of electronic beats, and the predictably-structured chorus make it sensible for radio, but faulty for the type of true country fans that gravitate to Carmichael, even though the writing isn’t terrible, and the fiddle and harmonica still keep it somewhat rootsy.

So what you have with this EP is sort of a mixed bag, though probably more better than worse. Ultimately, when regarding EPs, you can’t take them too seriously. If the I Do For You EP gets the “I Do For You” single out there to country radio and it’s successful, more power to it. This would be a win for the good guys. But don’t get too caught up in the idea that this 5-song EP symbolizes some wholesale change in direction for Dillon Carmichael. A couple mild songs aside, he still should be considered a strong hope for country music’s future.

Dillon Carmichael, I Do For You, Review