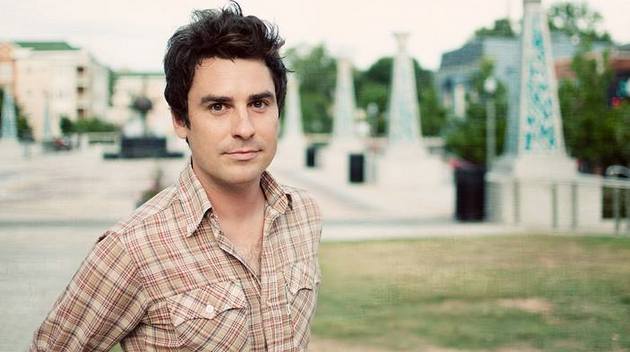 Nothing is more satisfying for the music devotee than stumbling upon a new top shelf songwriter you’ve never heard of before. Though maybe if you were paying a little bit better attention, you would have already heard of Eliot Bronson. The Atlanta, GA-based songwriter has released two solo albums since exiting Atlanta’s The Brilliant Intentions duo some years back, and was awarded the 1st place prize for the Chris Austin Songwriting Contest at MerleFest in 2013. But being brilliant, and being the best does not always mean being visible, especially in this day of skewed priorities in the musical arts.

One name that has been receiving worthy recognition for his contributions recently has been producer Dave Cobb. In the last 24 months, Dave has gone from a mostly industry-known working man’s version of more famous producer T Bone Burnett, to becoming producer du jour— just as hot, if not a hotter commodity than T Bone and other big name producers from his proven success with Jason Isbell, Sturgill Simpson, Lindi Ortega, Whiskey Myers, and so many others.

Dave Cobb has now entered the stratum where more times than not his name is preceding whatever artist he’s working with, and though this seems like both an unfair balancing of priorities in music, and against Dave Cobb’s otherwise long-standing temperment to prefer to stay behind-the-scenes, boy it sure makes for smart marketing. Whenever you see Dave’s name attached to a project, you’re probably wise paying a little closer attention.

Sensing this, and wanting to see his music score more heavily with people outside of the local Atlanta music mindset, Eliot Bronson reached out to Cobb coldly, looking for a long shot chance to land the producer for a definitive-minded, self-titled project. And to Eliot’s surprise, not only did Cobb respond, he responded favorably from the brilliance he found in Bronson’s poetry. “I was stunned when I got a response,” says Eliot. “It was really validating for me because I sort of had him on a pedestal.” Next thing you know the two are hanging out in Cobb’s home studio making a record. 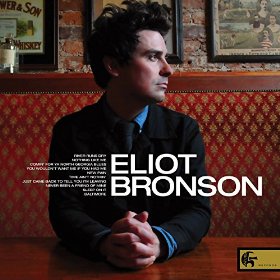 Eliot Bronson is Americana in the truest sense of the word—instead of simply falling back on the term as a default. His lyrics come inspired from America’s country and roots past, but the music refers to more progressive folk rock and blues legacies. First and foremost though, his self-titled LP is a songwriter’s showcase, capturing moments of spectacular insight and feeling, and giving words to what previously were thought to be unmentionable, and undefinable feelings, and doing it all with a deep sense of mood and melody that make the emotions drip from the edges of the notes like tears.

This is the type of album we wished all our favorite old songwriters would make again. This is the type of album that made us first love all of those old songwriters. It concentrates some of the best characteristics of Justin Townes Earle and Chris Issak, while capturing a sentiment unique enough to feel fresh and undone. Eliot Bronson would not be considered a singer unique to our time from his voice’s natural tone or cadence, but the way he cups the emotions in his words and pours them out at the most opportune times makes for a vocal performance that lives up to the lyricism, while he’s not afraid to rely on “ooh’s and aah’s” to covey the weight of moments where words would invariably fail.

The music of this album is tastefully understated, but comes out growling when called for. Dave Cobb’s analog studio underpins a vintage warmth to the entire project, even if at times a palpable hiss or seemingly unbalanced sounds show up like in the song “Sleep On It.” The old-school audio approach is one of the watermark’s of Cobb’s handiwork recently, and as has been stated before in regards to other projects, can bestow both virtues and failings in the recording process.

Standout tracks on this album come mostly towards the center of the track list, with the hopping “Comin’ For Ya North Georgia Blues” being one of the album’s best foot tappers, and both “You Wouldn’t Want Me If You Had Me” the later solo acoustic number “Never Been A Friend of Mine” being excellent vessels for raw emotion. “New Pain” finds a slightly-familiar, old school Paul Simon vibe, while “Just Came Back To Tell You That I’m Leaving” is a punching, country heartbreaker fleshed out with bluesy slide guitar for one of the album’s most lively moments. “Time Ain’t Nothin'” with it’s haunting “Talk to momma, talk to momma” verses really unguards the listener. Bronson’s songs are easy to love, yet lasting in their appeal.

You get the sense listening to this album that Eliot Bronson is not just releasing his latest album, but the one he sacrificed pieces of his soul to make. This is “the one” so to speak, and that sense of purpose, if not desperation and pent up frustrations at being a 30-something songwriter still struggling to find his place and the proper attention from the public results in a passion that is palpable, and music that is memorable.