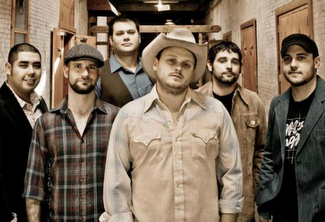 The Josh Abbott Band from Texas lends its perspective to the modern country music laundry list song in their new single and video called “I’ll Sing About Mine” from the album Small Town Family Dream.

Written by Adam Hood and Brian Keane, I’d heard this song before and had a very favorable reaction to it, but what really puts “I’ll Sing About Mine” in a whole new category for anti-pop country songs is the video that was just released today. As bad as the songs are that these new school country music videos create a backdrop for, the videos themselves causes even more cultural corrosion by portraying an adulterated view of the true rural people trying to hold on to their agrarian identity.

The songs and videos for offerings like Dustin Lynch’s “She Cranks My Tractor,” Luke Bryan’s “Country Girl (Shake It For Me),” and Bucky Covington / Shooter Jennings “Drinking Side of Country” are more akin to rap and rock videos, with buxom women responding to casting calls on college boards located in cities to come out and over-glorify rural life as some endless party. As if authentic rural people don’t have it hard enough with flat brimmed baseball caps infiltrating their high schools and trailer parks on the edge of town getting eaten up with meth. Now their culture is being misrepresented by outsiders in an attempt to monetize it and sell it to listeners in the suburbs and cities. 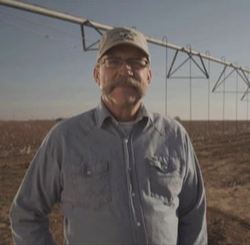 The best part about Josh Abbott’s “I’ll Sing About Mine” video is the faces of the people. I’ll guaran-damn-tee you all of these people are real folks from real places. What’s even better is these scenes they’re in are the same scenes you see in pop country videos–the back of pickup trucks, out on the farm, on a tractor or 4-wheeler, at a football game. But the scenes are 100% real. These people are so ragingly authentic and their faces tell such gripping stories, you want to take every single one of them and put them in your pocket so you can feel the honest, simple goodness in their souls all day long. If a picture is worth 1,000 words, then a face is worth a million. 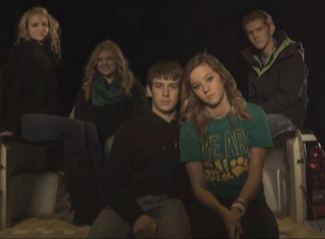 Bare midriffs, buxom gyrations, and badass cars are no match for the curves and character of a real country face served cold. Neither is the caricaturish, shallow, and materialistic portrayal of rural life in pop country compared to the sense of family and community, and the fulfillment of hard work that accompanies true country living. Now that is something to be envious of.

The other great thing about “I’ll Sing About Mine” is the non-judgmental, even-keeled manner with which it delivers its message. It takes a lot of patience and a lot of heart to say what this song says without flying off the handle or flipping birds. It makes its point with as few pointed words as possible. This is something that I could never pull off, yet it inspires me to try and learn to. It understands that really, few words need to be said, because deep down every human knows what’s real and what isn’t. They just have to be reminded, and then the awesome momentum of truth will do the rest.

And at the heart of the song, it is simply telling a story. And most importantly, it’s enjoyable to listen to. I can’t say enough about “I’ll Sing About Mine.”