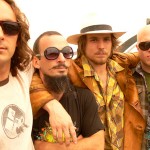 It might be true that we would never know Lukas Nelson from Adam if his pops wasn’t the almighty braided one, but this might be more of a commentary on the parody and glut of music the American consumer must sift through to satiate their music wants rather than a commentary on Lukas’s talents. Because as far as talent goes, Lukas got an unfair share of the heavy persuasion for any family. Nearly everyone of Willie Nelson’s kiddos is musical in one way or another, but for being the singular talent whose name could carry weight autonomous from any bloodline, Lukas Nelson may be the best model.

At the same time, Lukas Nelson may be the offspring most rich with Willie familiarity and blood. With the risk of taking you back to the awkwardness of health class, Shotgun Willie must have been shooting off some strong swimmers on that enchanted evening. If you’ve ever wanted to know what might have happened if Willie Nelson had moved to Austin and became Willie & The Acid Eaters, Lukas Nelson & The Promise of the Real might be a good indication. Lukas’s voice is uncannily Willie, without aping it whatsoever, just the natural, high-register tone with perfect pitch and control that tends to decay in a warble at the end of phrases just like pops. Close your eyes when this album is spinning, and you can almost pretend you’re hearing what rock n’ roll Willie would be.

And then you get to Lukas’s guitar playing, an attribute all his own. He very well may be an outright guitar god in the making. The younger Nelson can flat out shred with marvelous taste, which is a good thing for a young man trying to shed the shadow of a legendary father so knucklehead music writers quit making references to it all the time and just focus on him.

Lukas Nelson promises the “real”, and brings it in Wasted. In a genre in the midst of an identity crisis, Lukas & The Promise of the Real lay rock n’ roll down real and simple, with a blues base and other influences like country and reggae intertwined for color. I can’t tell you how refreshing it is to hear rock music that just rocks instead of getting distracted by image and trend like so much of the indie rock and metal finds itself in the midst of today. There are some purely country moments on the album and steel guitar makes its appearances. But don’t mistake it, Lukas Nelson is rock.

And don’t mistake this for jam band music either. I know, the imagery surrounding Lukas and the songs about marijuana might make you think this is the second coming of The Greatful Dead or something, and for sure there is some “jamming” that goes on here, but Lukas & Co. do a great job keeping the music grounded and in a sustainable pocket that allows creativity and skill to be showcased, without sacrificing timing or accessibility. There’s a great balance to this music. This album is about as long as you can fit on a CD, almost74 minutes, and never sags.

I do have a few beefs to get off my chest about Wasted, like the ever-present percussionist on the album. Don’t get me wrong, Tato Melgar is great, and I can’t complain about any performance specifically, its more the overall presence throughout the album. I’m all for percussionists in music; I think there needs to be more of them in fact, but sometimes the best thing for a percussionist to do in a song is nothing. Other times he just may need to play a shaker or tambourine for part of a song. And specifically the overuse of the “chimes” on Wasted is a little too much. Chimes can be cool, but they can be mistaken for overproduction as well. 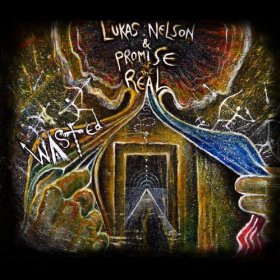 The other issue is the overuse of marijuana as a lyrical theme. I get it, Lukas smokes pot. So do many Americans, and it may make a good theme for a few songs, but when it shows up so much it begins to typecast the music, especially when Lukas is already using such heavy “hippie” imagery on an album called “Wasted”. For example, the song “The Joint”. It’s too obvious, and clocking in at 6 1/2 minutes, it’s not a pot anthem, it is a pot epic. Same can be said for the 9-minute “Don’t Take Me Back”:

I was sitting in my daddy’s car, with a joint in both of my hands. Smoking till the smoke wouldn’t stop, and the window rolled down and I’m rolling around in my mind.

Pot and drug references are a common element in most of popular American music these days, but when no subtly or even humor is used, it can come across as immature and polarizing, very akin to political elements in music. As allusions to truth or culture, pot references are fine, if not necessary. But when they become a vehicle for identity, image, or marketing, you can cross a line, and though I don’t think Lukas crosses over any of those lines specifically, he crosses the line generally with the volume of pot references. This music is just too good to “waste” on folks who will look at the title, the imagery, and unfairly typecast Lukas Nelson & The Promise of the Real as drug music.

Maybe it was cool when The Black Crowes used the marijuana sheik motiff back in the 90’s, but even then, and even with bands like The Grateful Dead and even Bob Marley, they rarely, if ever sung about pot. They didn’t need to, it was redundant to their audience.

But I am not going to let those concerns get in my way of good music, and my suggestion to you is to do the same. You should also understand the context in which these songs were written, while Lukas was on tour last summer, spending lots of time in a back of a bus, thinking about the meaning of time and purpose and how both can be “Wasted”. There is some depth to this album, the “Wasted” theme and even the marijuana songs, I just wish that depth was a little more transparent, and the pot references a little more veiled.

Put all that aside, there’s some great songs, and great moments all over this album; the reggae vibe of the opening track “The Golden Rule”, the almost Guns & Roses, hard rock vibe of “Old Familiar Pain”, the way the sweet “Frame of Mind” showcases Nelson’s vocal mastery, how “Wasn’t That Great” showcases his mad guitar skills. “Can You Hear Me Love You” is the hauntingly beautiful songwriter showcase of the album, and possibly its best track. The album slows down as it goes along, but the thematic substance crests as you near the end.

Lukas Nelson has “it”, that combination of energy, charm, talent, ear, and taste that creates a singular artist worthy of his own praise, not addled by any asterisk-laden references to who daddy is or anything else, and The Promise of the Real behind him is super solid. I can confidently say that Lukas Nelson and Wasted will not be a “waste” of your time or your money (though this last sentence is a complete “waste” of my writing skills).

Purchase Wasted Directly from the Promise of the Real