After listening to Justin Townes Earle’s new one, this is exactly what I needed. I said about that one that it had no soul. With a Possessed by Paul James song, the soul is where the song begins; soul is where it is built from–not an infectious rhythm or a guitar riff, or an inspiration from another song. All Possessed songs are wholly original, or the illusion that they are original is strong enough that even this tragic audiofile is not strong enough puncture it.

Possessed is a master song crafter no matter what angle you analyze the song from: writing, musicianship, vocal performance, arrangement. These are the songs everyone else wishes they could write. Possessed is a poet like Townes Van Zandt, but unlike Townes, the music isn’t an afterthought, it is an integral part of the song that melds flawlessly with the themes and words into a cohesive presentation that melts the hearts and speaks to the soul. Possessed decides to write a song like deciding to have a child–only moving forward if it can be assured a nurturing, loving environment and 100% commitment.

In some of his songs the ambiguity of the lyrics allows them to hit your brain and bend to your own life’s experiences and needs. It’s like a cure all. Normally in an album review I would list certain songs, talk about them, compare them with each other and other songs for other artists. I would pick out favorite tracks, and talk about the weak ones to prove my objectivity. But with Possessed this seems like folly. There are no weak tracks. And there are no strong tracks in the sense that saying this or that song is strong infers that others are less strong, when all of these songs seem impenetrable by criticism. It also helps that Possessed’s genre and style are so undefinable, yet so natural and familiar all the same, that nobody could claim to be an expert at scoring his music. So why try? Sit back and enjoy it. That is what it’s there for.

And the voice, my word. Possessed might be the best male singer that exists under the big music tent whose borders I police. There’s other great ones, but again cross comparisons don’t work because of Possessed’s raw uniqueness. The top range of his voice is sick, and his effortless vibrato is spellbinding and tauntingly unfair, especially when you consider the breadth of all his o 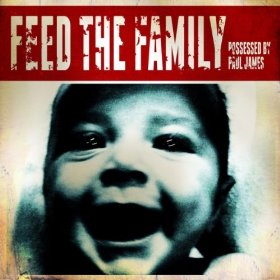 I fully admit that Possessed’s music is not for everyone. There’s no catchy rhythms here or pop sensibilities. Accessibility is not one of its immediately-recognizable traits, though the music is certainly enjoyable on a very carnal level when approached with the right mindset. If you got a passing wiff, you might think this some banjo-rific hipster nonsense that is plaguing certain elements of the roots scene. This is rich, artsy, poetic stuff, but there’s balls and anger here too. Possessed gets preachy at times, but never to the point of pretentiousness. And then he counter-balances that confidence with reflective deprecation.

These songs do not tire easily. Their lyrics are vibrant yet nuanced too, and reveal new things with every listen, while little tricks with the fingerwork get picked up by the ear and unusual rhythms become infectious.

Lastly, but maybe most importantly, what Possessed brings to the table is pure, unchecked passion. Every song gets every ounce of energy, attention, love, and dedication that Possessed possesses, leaving nothing behind. Blind, rabid, berserk, eyes rolling up in the back of the head, stampeding buffalo herd passion. And if he can’t bring that passion, he rather not perform or write the song.

And all of this from a part-time musician whose a full time teacher/social worker. Possessed certainly has the chops to be a full-time performer if he wanted to, but he’s chosen his path from a belief of what is best for his family, and because of a dedication to service that was instilled in his Menonite upbringing. I respect Possesessed’s decision, but I hope he understands that his music is a service as well; a touching, uplifiting, empowering experience that the world is a better place because of.

Possessed by Paul James is Konrad Wert. Feed the Family is from Hillgrass Bluebilly Records.