Review – The Deep Dark Woods “Hang Me, Oh Hang Me” 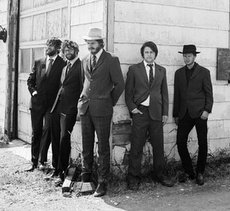 I’ve been wanting to talk about The Deep Dark Woods for a long time, but the situation was never quite right. I first discovered this “alternative” country band from Saskatoon, Canada at the Pickathon Festival years ago. Their most recent albums Winter Hours and The Place I left Behind weren’t bad by any stretch, they just were not the right projects to bring to you, the sainted Saving Country Music reader as first impressions. I was afraid they offered too much of a shoegazing vibe than the more well-rounded, dark, and rootsy feel of The Deep Dark Woods’ music overall.

Sometimes you have to go back to move forward, and that’s what landed me listening to their 2007 offering Hang Me, Oh Hang Me. It included many of the compositions that stuck with me from the live performance I experienced back in 2009.

The best way to describe The Deep Dark Woods would be as an artistic band that works deeply with moods and compositional textures, but with Hang Me, Oh Hang Me, there’s a lot of meat and potatoes too. They’re like a perfect recipe that includes all of your favorite ingredients, though you can’t taste any of them individually in the end result because they’re blended and mixed so well. Gothic, poetic Americana, Gospel, bluegrass, and strait-laced country elements like steel guitar, they are all interlaced harmoniously with a broody pall cast over everything for a cohesive sound and an immersing experience. 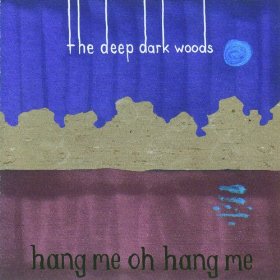 Title track “Hang Me, Oh Hang Me” is a variation of an old Dave Van Ronk tune and a good indication of what The Deep Dark Woods do. They start off with a good set of lyrics and then listen hard to what those lyrics beg for as far as musical interpretation. The creepy “Redwood Forest” and it’s hauntingly viscid line, “There’s something out there, lurking around in the midnight air,” clings to you like a habit. “They Won’t Last Long” is a strong-willed expression of opposition to the defacing of the art of music. It replaces the anger of many anti-Music Row anthems with cool-minded, big-picture wisdom, and adds some excellent steel guitar on top for good measure.

And just when you’ve settled on on the idea that The Deep Dark Woods are all atmospheric and heady, here comes the fun little country rocker “Shores of Alabama” with some of the sweetest and most refreshingly-straightforward guitar solos you will find. Later they show off their gospel chops and the great, distinctive vocals from lead singer and guitarist Ryan Boldt in “Glory, Hallelujah”, bolstered by tasteful and tight harmonies from the rest of the boys. This album is full of musical gems and sonic surprises.

They’re Canadian interpretation of country may be a little dry and moody for some, but The Deep Dark Woods offer intelligent, artistic expression that isn’t void of an edge. They’re a band that disparate roots tastes and Gothic interpretations can come together and agree upon. Certainly don’t stop in discovering their music with Hang Me, Oh Hang Me, but this is certainly a good place to start.

Purchase Hang Me, Oh Hang Me From The Deep Dark Woods