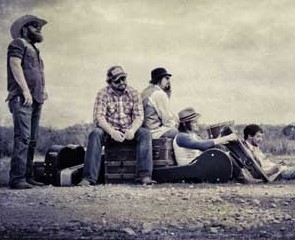 There’s a few reasons a review for this album is being posted a good 2 years after the release. Without going into too much detail, I always like to reward artists when they take initiative with their music, and conversely, when I take initiative to cover music and it goes unanswered, it’s probably going to go to the back of the line. But good music should always find a path to people, and despite the hardships put between me and my ability to answer the numerous requests from readers to give my take on this young, Oklahoma-based country band, The Turnpike Troubadours is good music.

Diamonds & Gasoline has a lot of the common earmarks of a Red Dirt album, and a lot of a good freshman album, even though officially it is their 2nd release. You can usually count on a Red Dirt album being a solid offering, but you can also count on it being safe. And bands that are built for the long haul don’t always blow you away with their first few projects; bands that blow their wad do. Instead, you see quality and appeal, but moreover, you see promise and a good foundation.

The Troubadours reel you in with two excellent songs right off the bat. “Every Girl” is the massive, breakthrough radio hit that never was. There’s nothing fey or heady about it, it simply speaks right down to your human core, and the fact that it’s not being blared from every country radio station in America is an indictment of the country radio system itself. Hardcore, real country fans are hard on positive love songs, but this one has a way of re-creating the sensations of a young love that feels so promising and self-engrossing that you can’t imagine anything better or it ever ending. We’ve all been there at some point, and this song brings you back.

Then comes “7 & 7” that without even one note being struck you can finger as a formulaic drinking song, but unfolds to reveal a very wise self-reflective and self-aware testament to a truth that so many young men must face when they become what they despise when matters of the heart are involved. The song is built out from the line, “I had no clue I’d be the boy who your momma warned you about,” and shows tremendous depth of songwriting through among other things, the ability to perceive oneself through the eyes of others, and to be honest with one’s lot. 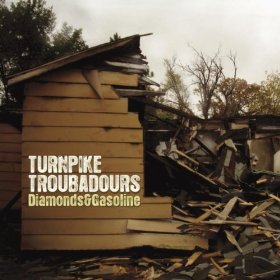 Later on the sweet, acoustic title track “Diamonds & Gasoline” illustrates that The Troubadours cannot only evoke Red Dirt & Waylon when they want, but Woodie Guthrie as well. There’s a lot of youth behind their lyrics, but there’s also a lot of pain and honesty. There is not a bad song on this album, and believe it or not, putting out an album without a bad song is harder than putting out one with 10 good ones.

There is a pretty good plateauing off after the first two songs and the title track however. “Down On Washington”, “Whole Damn Town” are solid, but throughout this album, including in the standout songs, I continued to feel the safety that seems to permeate much of the country music coming out of the Texoma corridor.

That is what I liked about Cody Canada & The Departed‘s album This Is Indian Land. It had guts and took chances, and that’s the reason a lot of Ragweed and Red Dirt fans didn’t like it. And I don’t mean to typecast the Turnpike Troubadours simply as Red Dirt. One of the things that is great about this band is that they’re young, and there’s so many different things they could become, or directions they could go.

If asked my opinion of where they should go, I would tell them to train their eye on a more distinct direction and hold to it. It could be to be more hard country, really work to evoke Waylon with even more steel and thumping bass drum/half time stuff, or they could go in Ray Wylie Hubbard’s “grit & groove” direction. Or even better, they could go in direction all to their own, but I just want a little more from them, and I want a little more because I feel they have a little more. I want them to lead. They have the licks, they just need to do something to distinguish themselves from the herd. Safety might bring you short-term success, but it won’t bring you glory.

I really like this album, and especially the three songs mentioned above. But moreover, I really like their potential, and am excited to see what the Turnpike Troubadours have to offer in the future.