This isn’t some beer league bar band made up of 2nd shifters from the machinist union out on a Friday night to give the jukebox a spell, this is Whitey Morgan & the 78’s dammit—the most wild-eyed honky tonk hard-stomping band ever to put their boots through a bass drum head. And to have a high quality rig on site recording it all in their home confines of The Machine Shop of Flint, Michigan as they wreak havoc on stage and sour their livers with enough sauce to stop a Russian racehorse, it could only resort in a must-have audio experience for hardcore twangers.

No offense to their two solid studio albums, but the live forum has always been the ideal place to witness the Whitey Morgan & the 78’s experience. They thrive in their natural honky tonk environment like caged country music animals let out on stage only for the occasion of entertainment, while still carrying a precision to their music, with little runs, stops, and rhythms worked out and worn in during darn near 300 some odd days of touring a year to where these guys could shit better music than many bands. So it’s about damn time a live album was released, especially since this particular set of music was recorded way back in 2011, and it’s been since 2010 that we’ve had a Whitey Morgan release of any kind. 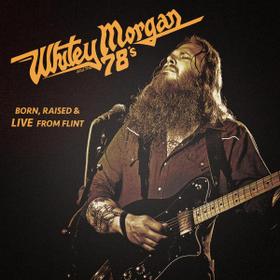 Born, Raised, & LIVE From Flint captures a well-seasoned 78’s band with a couple of extra pieces like harmonica and organ/piano for good measure reprising Whitey’s most popular songs with a live energy any studio effort just can’t match. Along with being a live album, you could also consider this a Greatest Hits package from the first half decade-plus of the band. Whitey & Co. barrel into originals like “Buick City,” “Turn Up The Bottle,” and “I Ain’t Drunk,” along with their best-known covers like Johnny Paycheck’s “Cocaine Train,” Bruce Springsteen’s “I’m On Fire,” and the famous song written by Dale Watson about Billy Joe Shaver shooting a man in Waco “Where Do You Want It.” If you’re just stumbling onto Whitey right now and looking for a place to start, Born, Raised, & LIVE might not be a bad option.

Even for some hardcore fans, live albums can be tedious after you’ve listened to recorded versions of songs for years to the point where your brain is unreceptive to newer versions. But in the case of Born, Raised, & LIVE, there’s just enough wrinkles to make the songs unique and new. For example the inclusion of Mike Lynch on piano/organ really adds a richness to these tracks beyond the live energy. Also this recording was made right at the height of the classic version of this band with JD MacKinder on bass, Benny James Vermeylen on guitar, and Brett Robinson on steel guitar, after they’d been touring non-stop, resulting in arrangements and instrumental solos that are more tight and better developed than when they were in the studio. And since so many of Whitey’s covers are just as good as their originals, it’s good to get versions of those you can listen to when the next local Whitey show is months away. 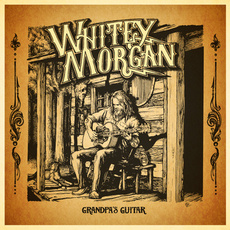 This live album is being released right as a whole slew of new Whitey Morgan material is on its way, including a new studio album slated for sometime next year, and an acoustic album called Grandpa’s Guitar scheduled to be released December 16th. “I recorded this album all over this great country, including various shady motel rooms,” Whitey Morgan says about the upcoming acoustic release. “NO fancy production, just me and my guitar, lots of whiskey, a microphone and a whole lot of ME! I set out to capture those private, sometimes lonely moments on tape and I’m proud of the results. Hope you enjoy.”

The fact that Whitey Morgan & The 78’s are good live is one of the reasons they could go darn near half a decade now without releasing any new music, yet still build up their legacy and fan base to the point where they’ve never been bigger. Born, Raised, & LIVE gives hardcore Whitey fans a home version of the madness and magic that sets the hair of honky-tonk crowds on fire all across the country and beyond.