Review – Will Hoge’s “Never Give In” 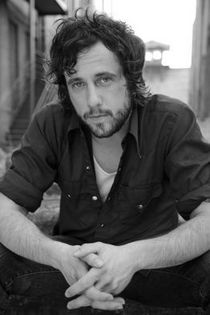 Will Hoge in so many ways is sitting in the enviable catbird seat of music crossroads right now. This rocker who grew up in Franklin, TN and lives in Nashville has always been more rock than country, with songs that speak deep to middle America and its struggles and victories; more indicative of John Mellencamp and Bob Seger, both sonically and lyrically than country or Southern rock. However, being positioned in Music City and being a brilliant songwriter, he’s always rubbed shoulders with the country crowd and been signed to Nashville publishing houses. As country music continuously favors a more rock than country sound, Will Hoge, without having to make any stretches or augmentations of his sonic palette, finds himself in the sweet spot of the relevancy arch, reaping the rewards of a renewed interest in a style he’s been perfecting in one capacity or another since the mid-90’s.

With years worth of dues paid as a songwriter and performer, the sweat and music is finally paying off. Eli Young Band had a #1 hit with Will’s song “Even If It Breaks Your Heart,” and the song went on to be nominated for a CMA, ACM, and a Grammy. And then most notably, Chevy picked up his song “Strong” to comprise the soundtrack for their Silverado pickup truck for the foreseeable future, just like Hoge’s sonic forefathers of Mellencamp and Seger did before him. Yes, he’s the guy who sings that song you hear played on Sunday afternoons. Some call the song a sellout, others rebuff that claim, but either way, the Will Hoge music experiment has finally paid off, and as a singer-songwriter more traditionally fit for the rock world, he must be more than happy to weather the implosion of the rock format nestled in the warm cockles of country. 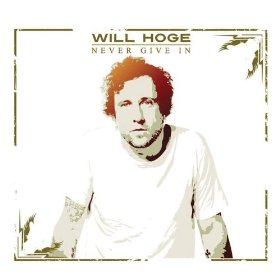 Never Give In is a strong-jawed, grit-under-the-fingernails, everyday Joe affirmation of hard work ethics and navigating through hard times, and treads pretty straight down the middle of the musical path Hoge has always followed. Not as dark or dirty as say a Chris Knight, but with a comparable amount of effort to tell a story that touches people, and makes heroes out of everyday folks. Hoge can almost fool you on how deep his songwriting can go because sonically he’s not afraid to match up his stories with sensible hooks and instrumentation that cast a wide net. In this respect, even though Hoge is very much a Tennessee boy, he finds safe haven in the Texas scene that strikes this same balance between lyrical depth and musical sensibilities.

Even when Hoge is telling a happy story, like in the opening song “A Different Man,” or in “Bad ‘Ol Days,” there’s always that tinge of forlorn sorrow, and head-hanging acceptance of innate frailty. Hoge knows how to imbibe his songs with nostalgia through subtleties in lyrics instead of excessive reverb or other silly recording tricks. And when he goes for the jugular and really tries to hit on the soul of a story like he does in the song “Home Is Where The Heart Breaks,” he can touch a whole spectrum of emotional triggers.

Understand that this is a rock project, however much it may rub elbows with the country realm, and Will Hoge would tell you the same thing. But if you yearn for that time when classic rock explored and expounded on the rigors of the human condition with heart and depth, with a sound that hearkens to the Heartland, then Will Hoge and Never Give In will be just your speed.

Purchase Never Give In from Will Hoge