This weekend in Austin, TX The Revival Festival will be going down with a packed lineup including The Hillbilly Hellcats, The Chop Tops, Lee Rocker, Matt Hole & The Hot Rod Gang, and headliners The Reverend Horton Heat, and Hank Williams III.

For 14 years, Hank III struggled under the oppressive control of Curb Records, who did little to promote his music, held up his album releases with legal wrangling, and stifled his creative freedom. Any song Hank III wrote while under contract with Curb immediately became their property whether it was on an album or not. And every song he did write and every album he sold was helping feed the Curb beast that was keeping him and other Curb artists down. This created an environment where even if Hank III had new material, he had no vested interest in showcasing it.

Hank III has been free of Curb Records for nearly 6 months now, and is reportedly working on a new country album, and a new “stoner sludge” rock album. He spoke about “The New Beginning” in the months ahead of his contract expiration at the end of 2010, but except for a secret New York show in February, Hank III has not been on tour, and has not had the opportunity to showcase any new material in a live setting. Revival Fest will be the first time Hank III will be able to play whatever he wants without worry of handing over intellectual property to Mike Curb’s evil empire, and Saving Country Music will be there to cover it. 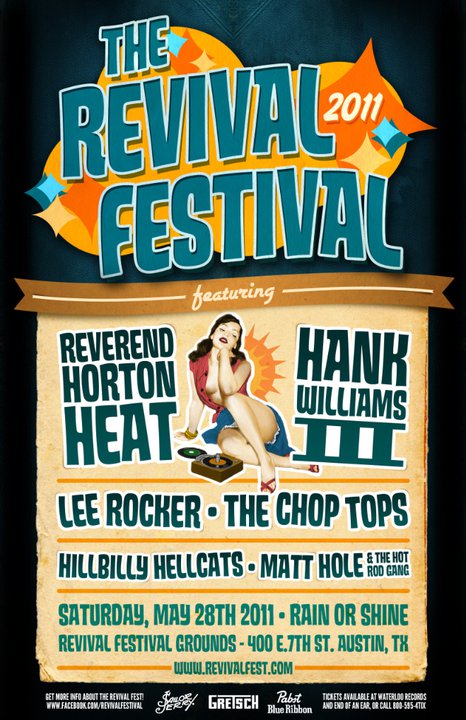