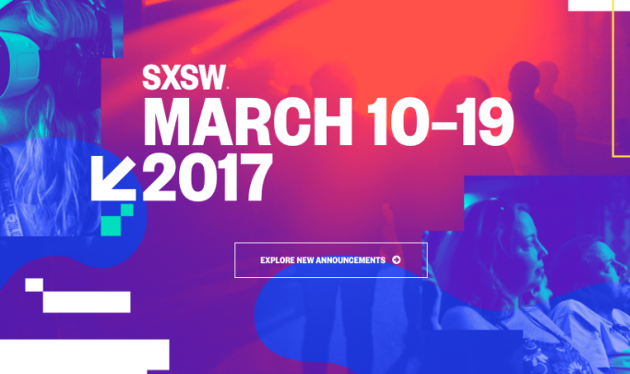 Three armed individuals who shot and robbed a local Austin musician early Saturday (3-11) morning as he made his way home from a show have the city spooked just ahead of the opening of South By Southwest—the annual music gathering that engulfs much of the city in mid March, and requires many artists and fans to walk the streets of the city from showcase to showcase, and to their housing or hotel rooms late at night.

Saving Country Music has confirmed with the Austin Police Department that the three suspects are still at large, and the incident is still under investigation by the robbery division. The investigation is being called aggravated robbery with a deadly weapon. It happened at 3:04 a.m. early Saturday.

Michael Sanders, the guitarist for the Austin band Löwin, was walking home Friday (3-10) evening after watching A Giant Dog play at Austin’s Hotel Vegas venue on east 6th Street when three masked men jumped out of the bushes, pushed Sanders up against a vehicle, and robbed him. Two of the men were carrying handguns, and one was carry an AR-15 rifle. After robbing Sanders of his money and cell phone, the three men fled the scene. However when Sanders continued to walk back towards his house on Leona Street in east Austin, which was in the same direction the men were fleeing, one turned around and shot Sanders. The bullet passed through his shoulder and ended up embedded in a nearby vehicle.

“It wasn’t as scary as it was matter-of-fact and surreal,” Sanders tells Kevin Curtin of The Austin Chronicle. “My first thought to myself was ‘Oh my god, he shot me.’ My second thought was realizing that it didn’t hurt as bad as I would have expected … As far as getting shot goes, it was a very clean shooting.”

After being shot, Michael Sanders tried to reach a couple of neighbors before making his way back to his own house and tripping a security alarm. He waited at a neighbors house until EMS took him to Brackenridge Hospital where he remained overnight. Luckily, the gunshot wound did not hit any major arteries and only grazed a bone. Sanders was home recovering by Sunday, though he will not be able to play his scheduled SXSW gigs with Löwin because the injury requires him to keep his arm in a sling.

“I can say that it is not related to SXSW, that’s what the robbery division told us,” says public information officer Lisa Cortinas of the Austin Police. Since the incident did not happen at or near a SXSW event, and the heart of the music portion of SXSW does not start until Tuesday, this may be technically true. But according to Sanders, he believes the men were preying on people coming home from concerts.

With the suspects still at large, and the large amount of foot traffic that will accompany SXSW, especially on Austin’s east side where many attendees park before walking downtown, the incident underscores the need for SXSW attendees to be vigilant, and to perhaps walk in groups and in more lighted and highly-trafficked areas.

“I’m fortunate … because they were trying to kill me,” says Michael Sanders.