Robbie Fulks is Back with Stunning “Gone Away Backward” 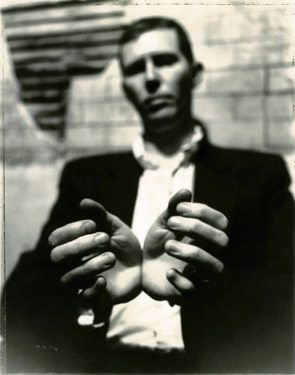 With a gift for poetry like Townes Van Zandt, and a penchant for the whimsical, progressive approach to bluegrass akin to John Hartford, Robbie Fulks releases a stunningly entertaining, brilliantly-balanced, deep, yet instantly-engaging comeback album called Gone Away Backward through longtime associates Bloodshot Records.

You never know exactly what you’ll get with Robbie. It maybe be something along the lines of swing or rockabilly, like the style of one of his signature songs “Fuck This Town” (about where else but Nashville), or it may be a full album of Michael Jackson covers like his last release Happy. If you’re confused already, that is right where Robbie wants you; intrigued, guessing, and on your toes about what’s coming next, with the long-time Fulks fans following him since the first slew of late 90’s Bloodshot albums fully knowing whatever it is, it is going to be good.

What you get with Gone Away Backward is quite sensible and straightforward if there is such a thing from Robbie Fulks. Steeped in the roots of bluegrass and old time, this sparse, acoustic-only album offers a traditional sound that is brought up to modern-day relevancy by the staggeringly-cunning use of wit in Robbie’s verses. This is one of those albums you can cull a litany of quotes from, while not giving anything away sonically. 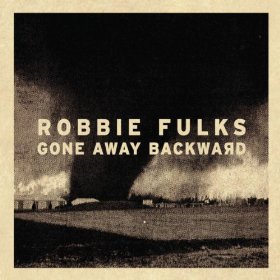 Buoyed by one amazing line after another, songs like “I’ll Trade You Money For Wine” and “Where I Fell” speak right to the heart of folks who take their music like medication. “Long I Ride” is possibly the album’s standout. It is one of those songs that feels like an instant old-time standard with its lack of chorus in favor of a recurring lyrical hook. “Imogene” evokes just as much Taj Mahal as it does traditional country, while two instrumentals “Snake Chapman’s Tune” and “Pacific Slope” come at just the right times on this albums to give it a warm, hearthy feel. “Sometimes The Grass Is Really Greener” again stuns you with the songwriting, with Fulks once again sliding back into his old habits of calling out the mainstream country establishment.

Now the record company man confessed he liked me, but he’d have to shave a few rough edges down.
Cut my hair like Brooks & Dunn, trade the banjo for some drums
Because no one would buy that old high lonesome sound.

“That’s Where I’m From” is one of those songs that is an example of how Music Row’s incessant laundry listing may make an otherwise great song lack listfulness, and “The Many Disguises of God” may meander a little too much for some listeners to glean its otherwise great message. But overall Gone Away Backward is a song-heavy album with very little need for track navigation. Fulks also does a sensational job at exploring his entire range and using dynamics to emphasize an otherwise average voice to where Gone Away Backward also turns in an above-par vocal performance.

Traditional country music may not appeal to the masses, but one of its best attributes is that it’s timeless, and always will be. Gone Away Backward will appeal to a wide swath of enlightened music listeners, from the old time, traditional, and bluegrass crowds, to the Americana and NPR upper crust, and to post punk roots fans with its cutting themes and adept acoustic styling. The message of Gone Away Backward as inferred in the title is one of the broken promises of fame, wealth, and the downfall of the city—drawing on the long-standing country yearning for simplicity, but contemporizing it with relevant language and themes. Like Woody Guthrie, Robbie Fulks uses an intelligent sense of perspective to canonize the common man and their eternal struggles.

And maybe most importantly, Gone Away Backward exudes a lot of leadership. This is a bold album, while still being sparse and simple. You can complain about how bad modern country music and Nashville are—and Robbie has done plenty of that in his time—or you can offer a healthy alternative. If you want an example of how traditional country music can still be relevant, fresh, and appealing in 2013, look no further than Robbie Fulks’ Gone Away Backward.