Rock Review – Courtney Barnett’s “Tell Me How You Really Feel” 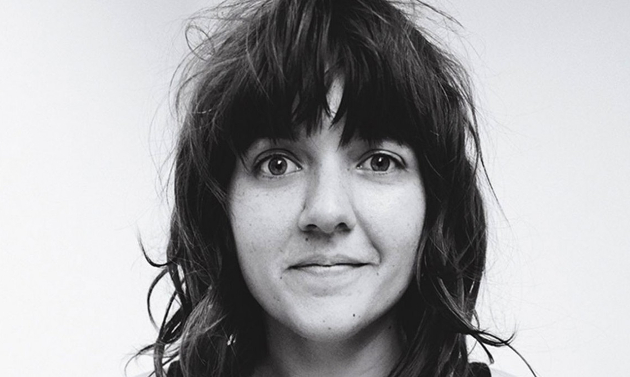 You think the reckless abandon of true rock and roll is dead, and to soak up whatever last dying vestiges are left you have to embed yourself within the fandom of Imagine Dragons, or pay $350 to see legacy acts in their 70’s from the nosebleeds? Well then you need to buy into the hype behind Courtney Barnett, and get yourself a big healthy snoot full of this greasy-haired Australian that’s slinging loud guitar like a boss and writing songs like the second coming of Patti Smith.

It’s not just country music that’s under assault. Any actual human playing an actual instrument is an endangered species these days, and that’s one reason a rocking singer/songwriter like Courtney Barnett finds herself rubbing elbows with the “Americana” crowd and being booked at the Newport Folk Festival as anyone looking for integrity and soul in music congregates around anyone who exudes it. Courtney Barnett certainly does, and though the sound is rock, the potency of the songwriting is universal in both it’s appeal and influence.

Don’t misunderstand, there are plenty of fuzzy “psych” rockers out there refusing to brush their hair and posting pictures on Instagram of their trashed apartments in order to sell you on the idea they live a poetic, disheveled lifestyle like their overdosed heroes. But it’s often more aesthetic than substance. They don’t have the acumen to articulate the feelings when the little gremlins of self-doubt turn into beasts of self-righteousness, only to ultimately whither into regret and loathing, and bleed out the words of songs. 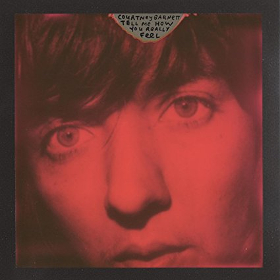 Nor do they have the dedication to see the music through to the end. In the uphill climb of organic music, it takes the full package to get songs from the page to the stage. Yeah everybody likes to talk about the new Kurt Cobain of this, or the new Kurt Cobain of that, but Courtney Barnett would actually make an applicable candidate for such a thing if it still wasn’t incredibly inappropriate to compare two artists who lived 25 years apart.

Completely independent, Courtney started her own record label in Melbourne called Milk Records to release an EP in 2012, and the label has since become its own thriving business. But her fierce independent streak didn’t result in her full-length debut getting overlooked by the powers that be as per usual. Sometimes I Sit and Think, and Sometimes I Just Sit hit #1 on the Billboard Top Rock Albums chart, she earned a performance slot on SNL, and Barnett was even nominated for Best New Artist at the Grammy Awards in 2016. Beyond the music, Courtney Barnett might be one of the biggest success stories of truly independent music we’ve seen in recent memory.

After collaborating with indie rocker Kurt Vile on a record last year, Courtney is back with Tell Me How You Really Feel, once again completely written and mostly produced by herself with a stripped down band helping her press songs out loud and ugly and unapologetic. Kim and Kelley Deal also lent some guitar and vox on a couple of songs, which only feels right, like the mothers of alt. rock signing off on a new generation of badass women. It’s probably not far off to say that vintage Pixies played a big part in inferring Courtney’s sound.

Just like her business, her writing, and everything else, Barnett handles many of her own guitar parts. Though there are many moments of Tell Me How You Really Feel where discordant tones and dark moods set the table like in the opening song “Hopefulessness,” Courtney can also be quite the crafter of easily-appealing melody, like it the album’s standout tracks, “Charity,” “Need A Little Time,” and “Crippling Self Doubt…”

But it’s the words, the capturing of unsettled moods in music, and putting rhyme to the little maniacal thoughts we all suffer from that makes Courtney Barnett’s music so unique, timeless, and infectious. We all need those moments when nobody’s looking to blare music too loud and use it like a steam valve for all of our frustrations and fears. Tell Me How You Really Feel delivers that experience.

Purchase Tell Me How You Really Feel on Bandcamp

Purchase Tell Me How You Really Feel on Amazon

Courtney Barnett, Review, Tell Me How You Really Feel