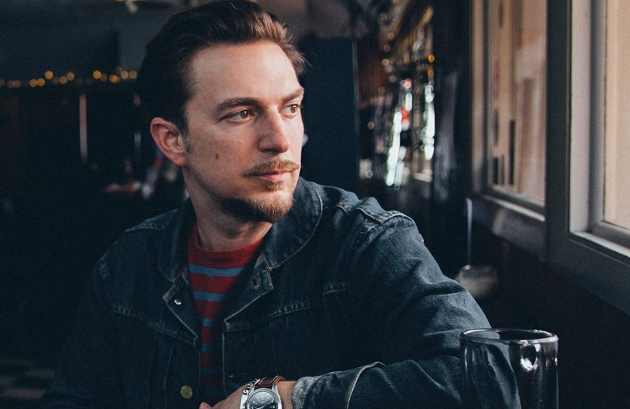 All you east Nashville hipsters with your weak-ass white boy throwback soul records stretching to capture even a modicum of the spirit of the Muscle Shoals era after you decided country wasn’t cool anymore, and thinking horn sections alone would be enough to get your songs placed in hip ads for iPhones or The Gap, step aside and vacate the stage because one of the masters of our generation at drilling down to the essence of old school music and revitalizing its spirit has just released a new album, and taken your ass to school.

JD McPherson has made a career for himself from being roots music’s rock and roll purist. Where rockabilly cats and other old school rockers often can’t resist the temptation to get punk or metal, McPherson keeps his shirt tucked in, the back beat right in the pocket, and lets the authentic spirit of the songs captured by the old greats make the magic without the need for speed or attitude.

But over the last few years since JD McPherson released his debut album Signs and Signifiers, things have shifted in roots music. Even though the sounds and modes are vintage—which on the surface would seem to indicate they’re affixed in time—the way they infer modern interpretations are still fluid and susceptible to trends. With Leon Bridges exploding in popularity, and Anderson East dating Miranda Lambert, the timetable for what is cool has shifted five to ten years forward as it follows the 25 to 30-year retro cycle.

And so JD McPherson has shifted as well. But instead of chasing a trend, he’s setting the pace for it, because he’s JD McPherson—a tireless student of the music, and a master of understanding not just what made the old music so vital, but how: unraveling the mysteries and recompiling them in the modern context for thirsty ears searching for the magic of those old records, yet something they can call their generation’s own. 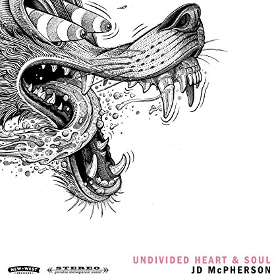 That is what McPherson has done on UNDIVIDED HEART & SOUL. Just as the title and all the tracks are capitalized in the metadata like your crazy uncle does in his Facebook posts, this record is JD McPherson fearlessly asserting his vision on what modern old school rock and soul music should be, not necessarily trying to re-interpret those sounds and relying simply on nostalgia to find appeal with an audience, but trying to put himself in the shoes of the old soul greats and ask what they would sing and play if they were still around, and still had enough fire in their belly to do it.

Some folks that got used to JD McPherson as Mr. Old School Rock and Roll plain and simple may get a little torqued by this record, and that would be understandable. Someone has to be responsible for keeping certain eras in music alive, and McPherson has been so good at that in the rock and roll realm for years. But that doesn’t stand in the way of the fact that McPherson may have just released his best project yet. Some will interpret this album as a move to pop, but in truth it’s a move to soul. Yet as everyone is adding horns to their music in Americana, JD McPherson took the saxophone out of his sound, sensing this would just help lump him with the soul rehashers who only understand the music on the surface. As others overproduce, JD McPherson strips back.

Maybe McPherson was an old school soul guy this entire time, or maybe he’s just so damn good and so damn studious, he’s just now hitting his stride in finding his eternal voice. One of the things that’s cool about UNDIVIDED HEART & SOUL is that it shows McPherson’s ability to shape shift and adapt, when for years we thought his superpower was his patience to remain static.

Don’t get me wrong, there is still a lot of old school rock and roll here. “BLOODHOUND ROCK” (yes, in all caps) is vintage, quintessential early generation JD McPherson as are a lot of the tracks, with bass player and right hand man Jimmy Sutton’s thumping beat driving the song. But man, you get a load of “ON THE LIPS,” and you’ll have found one of your favorite, most infectious songs of 2017.

Even though parts of UNDIVIDED HEART & SOUL feel like a sea change for McPherson, there is just enough of the original style that made you fall in love with him to make the transition smooth, with some songs maybe even being a little too close in style to older McPherson tracks. What’s interesting though is how this record feels like JD McPherson uninhibited and amplified, like he planned this the whole time—setting his foundation in straight-laced rock and roll, only to loosen his tie and show us what he’s really capable of when combining rock (HEART) with Motown (SOUL).

This is a style record, but the songwriting remains strong, both inferred by a vintage spirit, but not anachronistic like some records can be in how they shift from classic to modern with unwieldy effort. This is a record you use to get lost in the sonic beauty, with groove and soul setting the foundation. As Sturgill Simpson says, all good music is soul music. And since it’s still cast in those sepia hues of classic songs, even a country audience in favor of neotraditional styles will be able to relate.