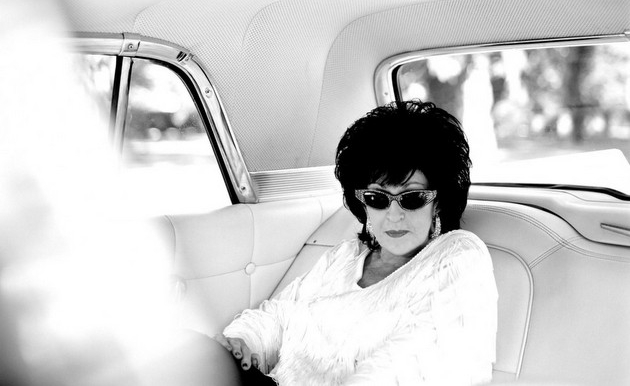 The curtain has closed on the touring and performing career of one of America’s most iconic women of music, whose influence has been incredible in both the country and rock world, and who’s considered one of the greatest living legends of music still alive. Wanda Jackson, a.k.a. the Queen of Rock and the Queen of Rockabilly is hanging up her red boots for good. This was the news coming down Tuesday evening (3-26). Her retirement is effective immediately.

“After over 60 years of touring, Wanda Jackson wishes to announce her retirement from performing,” a statement read from the Wanda Jackson camp. “This retirement is solely based on health and safety. It has been a wild ride. Thank you all for all the years of continued fandom and support. This is not the end, just the beginning of a new chapter. Join us as we congratulate the Queen of Rockabilly on over six decades of rip roaring live performances, priceless stories and countless shimmies.”

The Rock and Roll Hall of Famer had scheduled appearances coming up at Viva Las Vegas in April, and the Nashville Boogie Vintage Weekender in May. At 81-years-old, she’s been touring since the age of 16, once hitting the road with Elvis Presley, and even dumping the King of Rock after a short fling.

Wanda Jackson started her career singing with Hank Thompson’s Brazos Valley Boys in the early 1950’s. Thompson discovered Jackson while in her home state of Oklahoma, where she was singing on a local radio show. When Jackson chose to venture out on her own, she was famously told by Capitol Records producer Ken Nelson, “Girls don’t sell records,” so Wanda promptly signed with Decca, and proved Ken Nelson wrong.

Though mostly known for rockabilly, Wanda Jackson was one of the first women to record rock music, and made it her own with her signature growl. She shot to the top of the charts with numerous hits, and even went international when her song “Fujiyama Mama” became a #1 song in Japan. Later as the hits began to slow down for Wanda, she returned to her country and rockabilly roots.

There was also a large gulf in Wanda Jackson’s career where she rarely toured or performed outside of Oklahoma. But in recent years, Wanda enjoyed a resurgence and became a fixture of old school rockabilly and vintage country events. Her 2011 album The Party Ain’t Over produced and recorded with Jack White introduced Wanda to a brand new generation, as did her 2012 followup Unfinished Business produced by Justin Townes Earle. Wanda Jackson’s husband and right-hand-man, Wendell Goodman, passed away in May of 2017, and in recent years, Wanda’s public performances had slowed down.

Wanda Jackson continues to be revered as both a pioneer and a legend of American music.