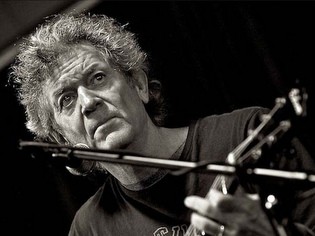 Of all the people you could have picked to become an outspoken dissenter to the direction of country music, Rodney Crowell would have been pretty far down the list. Not that he doesn’t have the skins on the wall to say such things and have them carry weight, or that he doesn’t practice what he preaches when it comes to his own approach to music. Rodney is in the direct lineage of legacy-caliber songwriters like Guy Clark and Townes Van Zandt, and came up playing in Emmylou Harris’s “Hot Band.” He and Emmylou recently released a duet’s album together, but he always seemed to be more of a reserved soul when it came to such things as saying country music is headed in the wrong direction.

Well he’s not being very reserved at the moment, taking his second opportunity in the last month to decry the direction of country in a recent interview:

I watch these young country artists come in and burst onto the scene, and I always have to remind myself that these artists didn’t experience Hank Williams Sr. or Big Joe Turner or Kris Kristofferson, who was able to bring the bedroom and sensual poetry into country music. These artists came from a different set of archetypal images. If I took the old school curmudgeon approach, I would say these guys are really missing the boat.

A couple of weeks ago, Crowell made similar disparaging remarks about the direction of country, carefully worded, coy, and cunning in the way the words cut right to the heart of the problem, saying in part:

Ever since country music entered the back door of main stream commerciality most noticeably in the early sixties the debate over who possesses the more noble heart, the purists or the popular entertainers has never stopped. (Remember the credibility scare of the late 80”²s.) Generally speaking, the purists make the more timeless music.

Pop culture is a disposable culture, therefore it stands to reason that those who want the big bucks and the power are inclined to produce slick and disposable music. I don’t see anything wrong with artists getting rich by pigging out at the trough of poor taste.

Rodney Crowell may be no Dale Watson when it comes to the temper he brings to his country music dissent, but the more voices speaking out and reaching different audiences, the better. By saying many of today’s pop country artists are “missing the boat,” Crowell is showing the leadership country music needs to help right the ship.