Roots Under The Texas Sky Holds Inaugural Festival in Garfield

Just east of Austin, TX in the tiny map dot community of Garfield sits the semi-historic Waterhole Saloon. A long-standing local watering hole, it was the scene for the inaugural Roots Under the Texas Sky Festival on November 4th and 5th, which made use of much of the local and regional country and roots talent that regularly gets overlooked for Austin’s more nationally-recognized events. The Waterhole has recently erected an outdoor stage and other improvements, and in 2017 has taken on the always-difficult task of attempting to cultivate a local music following, which culminated in the two-day festival with headliners The Urban Pioneers, Black Eyed Vermillion, and the Rock Bottom String Band from nearby San Marcos.

The event was organized by local promoter Jay McDowell, who is semi-famous nationally for once booking Sturgill Simpson at Austin’s Rattle Inn when nobody knew who Sturgill was. Sturgill occasionally refers to the Rattle Inn show and the eight people who showed up as he now stares out at the thousands of fans packing sold out venues as an example of just how far he’s come.

Roots Under the Texas Sky commenced on Saturday afternoon (11-4) with bands such as Abraham and the Old Gods, The Phantom Sensation, and the raucous Blackgrass Gospel taking the stage. After the sun had gone down, local Austin one man band and slide guitar maestro Randall Conrad Olinger got the crowd warmed up for The Urban Pioneers.

Comprised of former members of both Bob Wayne’s Outlaw Carnies and Jayke Orvis’s Broken Band, The Urban Pioneers are one of the best groups to emerge out of the embers of the underground roots scene, featuring a really fun, throwback approach to the string band concept and an undying love for The Waffle House. True road dogs who seem to never stop touring, fiddler Liz Sloan and banjo player Jared McGoven first met at The Hole in the Wall in Austin, TX seven years ago, and announced on stage they had recently decided to get married. They’re joined on bass by Martin Sargent.

Gabriel of The Texicano Folk Rock Punk made the trek to help lead a tribute to songwriter and performer Izzy Cox who passed away earlier this year, and was joined on stage by Liz Sloan on fiddle, followed up by a short set by the Rock Bottom String Band who also capped off the event Sunday evening. This was followed up by Black Eyed Vermillion, and frontman extrodinaire Gary Lindsey, known nationally for being Hank3’s screamer, and about the closest thing you’ll find to Tom Waits this side of Tom Waits. The Rock Bottom String Band helped back Lindsey up.

Building an underground roots event is never easy, but attendance for Roots Under the Texas Sky was decent for a first year fest at an emerging venue, including some who had trekked from out of state for the event. It gives Jay McDowell, The Waterhole Saloon, and the artists who contributed their time and talents to the inaugural festival something to build from in the years to come. 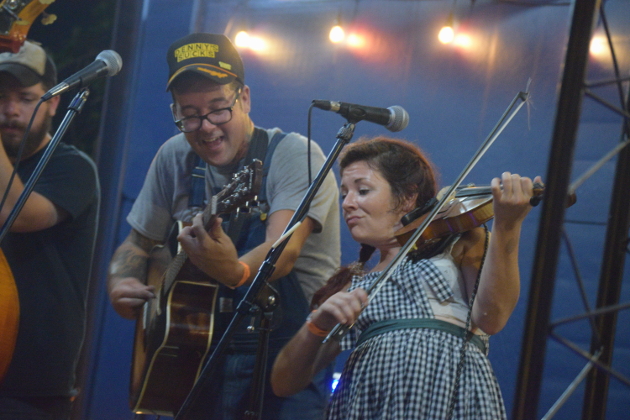 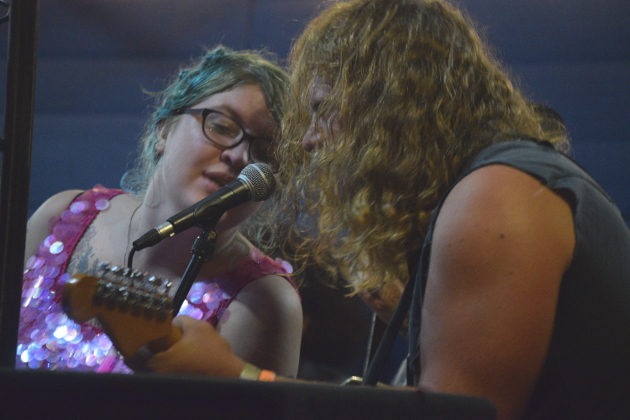 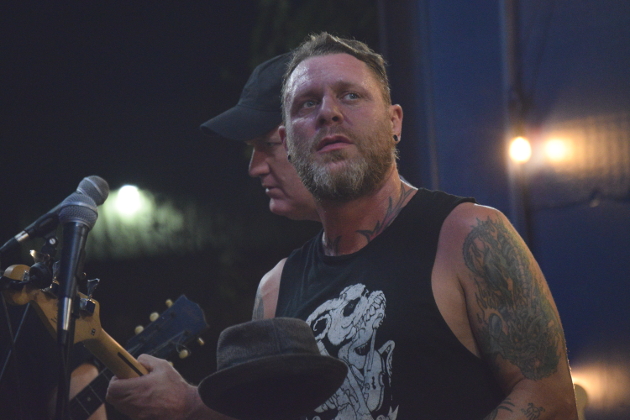