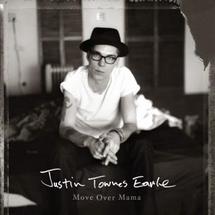 Country music might ignore Record Store Day (RSD) this Saturday (April 16th), the worldwide event that has become an international holiday for audiofiles, but Saving Country Music won’t. Neither will Bloodshot Records, who has a number of releases and events planned for the day meant to prop up the ailing mom and pop record store.

Justin Townes Earle will be releasing a 7″ called Move Over Mama, which will include that track from his most recent album Harlem River Blues, with the B Side being “Racing in the Streets”, a “heretofore unreleased sparse, haunting Bruce Springsteen song that JTE’s been slaying ’em with live.”

I’m also salivating over the release of No One Got Hurt: Bloodshot’s 15th Anniversary @ The Hideout Block Party. It is a live bootleg from their September 12, 2009 Anniversary Party, that includes some amazing tracks from Scott H. Biram, The Waco Brother, Bobby Bare Jr., The Deadstring Brothers, and many more. 19 tracks in all. 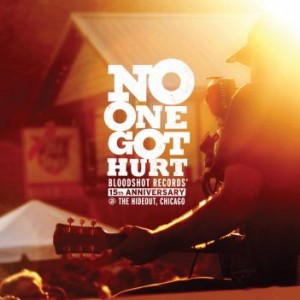 This is a CD, not an LP, but is being released in conjunction with Record Store Day. It will eventually be released digitally to the masses, but the only way you will be able to get it in the near term is finding a local record store that carries Bloodshot stuff. However, I will be spinning tracks from the bootleg on this Saturday’s edition of Saving Country Music Radio, which broadcasts at 9 PM on Record Store Day via The Real Deal KOOK, and which I will include the most BRUTAL version of Scott Biram’s “Truck Drivin’ Man” I’ve ever heard. It’s so out of control it had to be edited for the public airwaves!

Bloodshot artists like Whitey Morgan & The 78’s, The Deadstring Brothers, and Dex Romweber Duo will be conducting in-store performances, and many record stores like the infamous Shake-It Records in Cincinnati will have Bloodshot specials going on. See a full list of Bloodshot’s Record Store Day events.

Track List for No One Got Hurt: Bloodshot’s 15th Anniversary @ The Hideout Block Party:

Leave a Reply to Fifth on the Floor Cancel reply