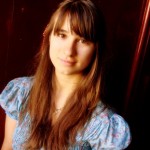 In a very alarming story, 17-year-old fiddle phenom Ruby Jane and her mom JoBelle Smith were carjacked and held at gunpoint in Houston Thursday night (12-8-11) around midnight after a show at Dosey Doe with Paul Thorn.

As Jobelle pulled up to a friend’s condominium complex where they were staying the night, and rolled down the window to enter the gate code into the keypad, a man reached through the window and held a gun to JoBelle’s head. The man fled in their 2004 Chevy Trail Blazer, with all of Ruby Jane’s musical equipment, including a custom-made violin and mandolin, guitars, microphones, pedals, and Jobelle’s video and camera equipment, cell phones, jewelry, and then left the two girls on the side of the road, fleeing in their car. “I thought they were going to take Ruby,” Jobelle says.

Ruby Jane was a fiddle prodigy originally from Mississippi who was the youngest invited fiddle player to ever play the Grand Ole Opry. At age 14, she moved to Austin, TX, and began playing in Ray Benson’s Asleep At The Wheel where she met Willie Nelson and toured numerous times in Willie’s “Family Band.” She is now a singer/songwriter developing her own career as a solo artist with her own band.

Both Ruby Jane and Jobelle are fine, and are back in Austin where they live, though they had to cancel their show at Houston’s historic Anderson Fair tonight (Sat), and Ruby Jane is currently sick with the flu. Both Ruby and Jobelle had their cell phones stolen, and didn’t even have keys to their home when they arrived back in Austin.

The custom bond between a musician and their instruments can never be replaced. Ruby Jane had a custom violin made especially for her from Jonathan Cooper that is inscribed on the inside “Made for Ruby Jane,” and a custom-made mandolin from Michael Kelly. Below please find a list of the stolen instruments to be on the lookout for, and as more detailed information/pictures are made available, I will update the list.

A benefit has been set up for Ruby at Victory Grill in Austin on Saturday Dec. 17th from 7-10 PM featuring WhoDo, a band Ruby plays in. Her performance at Gruene Hall this Sunday (12-18) from 12:00-3:30 PM Central will also be a benefit, and will be broadcast LIVE here on SCM LIVE.

Last month Ruby Jane set up a Kickstarter campaign in an effort to record a new album, so folks can contribute there as well.

12-11 (2:30 PM CST) – Ruby’s 12-string guitar was found beside the dumpster of Mason’s Pawn Shop in Southeast Houston. That means the rest of the stuff is out there folks. Please keep an eye out! Updating the list of stolen items when the information is available.

12-11 (7:25 PM CST) – Ruby appeared as the top story on Austin’s ABC affiliate KVUE about the incident. Apparently the will have more about the story on their evening broadcast.

12-12 (7:45 PM CST) – Ruby’s 12-string guitar and their case full of merchandise were recovered from the Houston police, after being found near a pawn shop dumpster in Southeast Houston. Unfortunately a team of volunteers were unable to find any more items. An updated list of items still missing can be found below. 12-14 (10:45 AM CST) – A couple of new stories on the carjacking. Ruby Jane speaks to We Are Austin and goes into a little more detail about what occurred, and Austin Culture Map talks with JoBelle about being thankful for all the help they have received. They have also posted a new update to the Kickstarter page. 12-14 ( 1:00 PM CST) – A paypal donate button has been set up for folks who want to contribute to Ruby directly 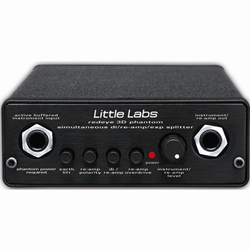 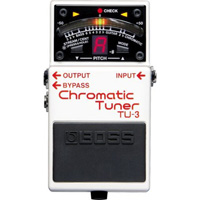 (1-8-13) – Ruby Jane’s custom Jonathan Cooper violin has been found and recovered by Houston police. After receiving a tip from a Ruby Jane fan who saw the violin listed on Craigslist, Houston police contacted the seller, offered to purchase the violin, set up a meeting, and made an arrest. The suspect Sexton Holmes says he bought the violin from someone “down the street” from him for $45. Sexton spent the night in jail before posting bail. He is now awaiting trial, and Ruby Jane will be recovering her violin soon.