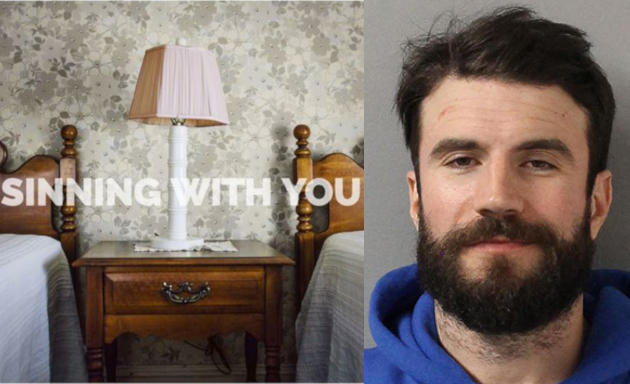 The timing is never good to be placed in handcuffs by the Nashville Metro Police Department and hauled off to jail for driving under the influence and an open container violation like Sam Hunt experienced Thursday morning (11-21). Hunt was observed driving the wrong way on Ellington Parkway near Ben Allen Road in east Nashville, traveling south in the northbound lanes. He later blew a .173 on the breathalyzer test, putting him over twice the legal limit. He was booked into jail at about 6:30 a.m. on Thursday, and was released at about 9:00 a.m.

For Sam Hunt, his arrest ended up being a double whammy. The timing directly coincided with the release of Sam’s new single “Sinning With You,” which was supposed to populate via streaming and download services on Friday, November 22nd, but has been summarily pulled, presumably as his label MCA Nashville works to avoid the publicity snafu.

Sam Hunt first debuted “Sinning With You” at a show in Calgary, Canada as part of his Bud Light House Party tour, which was also streamed and captured on video. “For the folks that are listening at home, I wanted to play something from the new record,” he told the audience. “It’s kind of chill and slow. If y’all will humor me…”

“Sinning With You” had already appeared in Spotify listings, showing up right about the time Sam Hunt was walking out of jail Thursday morning, and as many country music and entertainment outlets were posting stories about his arrest. Now the release of “Sinning With You” has been delayed indefinitely. 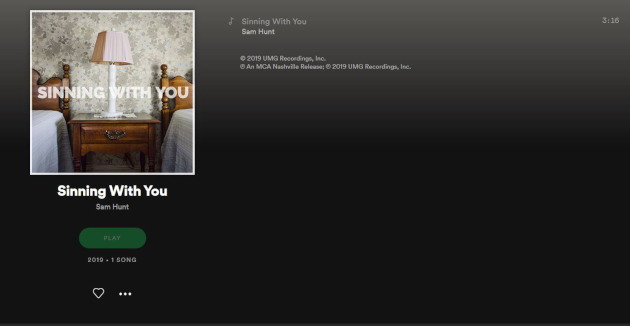 Sam Hunt, Sinning With You