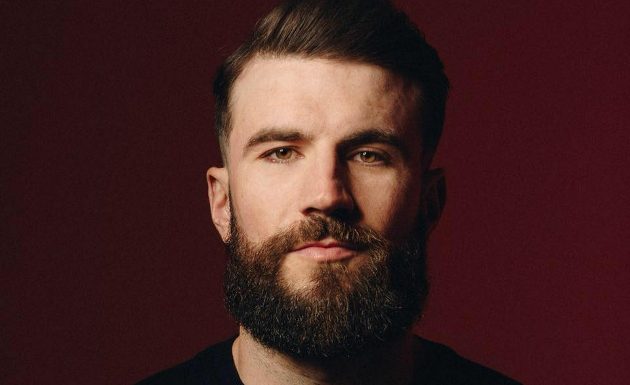 Yes, you read that headline correctly. Sam Hunt will be heading into the studio soon to start recording his long-delayed second album. And according to the man himself, he says the music he’s working on is more oriented towards traditional country music than the R&B pop of his previous album released now nearly five years ago. Of course there’s a lot to unpack and analyze about just exactly what that means. Because after all, this is Sam Hunt we’re talking about—the man that is arguably most responsible for country music making a massive turn toward pop in history.

“More recently, I’ve gone back to just picking up the guitar and writing songs,” Sam Hunt told The Boot last weekend while backstage at Country Jam 2019. “Typically, when you pick up a guitar and write on the guitar, there’s just a different spirit about it, and they tend to go more singer-songwriter, more introspective … more traditional in terms of the genre, so that’s definitely where the songs are leaning at this point.”

Now granted, “more traditional” for Sam Hunt could mean just about anything, since at the moment his music isn’t country at all, let alone traditional. Literally any tiny little traditional country element in any song would sound like a revolutionary shift in direction for Sam. This is the reason the “Still more country than Sam Hunt” meme has been evoked many thousands of times over the last half decade to call things country that aren’t even remotely close. Nonetheless, Hunt seems serious about this potential move, also citing his soon-to-be brother-in-law who is a mandolin player as really getting him excited about the rootsy side of country music again. He also continues to curiously play Waylon’s “Belle of the Ball” in concert.

Also remember, when Sam Hunt first showed up to Nashville, he was just a songwriter, and penned some more traditionally-oriented material, namely the #1 song for William Michael Morgan “I Met a Girl.” The whole EDM/R&B style that made Sam Hunt famous as a performer almost seemed to be his way of separating himself from the herd of mainstream country hopefuls—something that he hasn’t been shy about saying no longer really interests him like it did before. In July of 2017 Sam Hunt said,

“My inspiration and the type of songs that I want to write don’t necessarily all aim in that [commercial] direction. So, now that I’ve established myself and am in the position that I’m in now, going forward, I’d like to explore writing songs that probably won’t be as commercially viable as some of the songs that I’ve written in the past.”

But he is still a mainstream performer, and Sam Hunt also said as part of his recent comments that he’s under the gun to continue the direction that was so commercially successful for him in the past. “I still feel the pressure because of the songs in in the past that have created kind of an expectation,” Hunt said, “So that’s what’s been tough.”

Anyone would be a fool to believe at this point that Sam Hunt will turn into the second coming of Tyler Childers, who Hunt has gone out of his way to praise previously. But who knows, it’s certainly not hard to listen to Sam Hunt’s previous songs and not see how he could feel they’re shallow, and now that he’s a millionaire many times over, how he wants to do something that’s more meaningful to himself and others. Sam Hunt does seem to to be a pretty introspective and thoughtful person compared to the shallow character he seems to portray in many of his songs. Then again, accomplishing a sea change with his music through the sausage factory that is Music Row will be a difficult task. Most certainly they will want him to record some singles that will see similar success to “Body Like a Backroad” and “Leave The Night On.”

If Sam Hunt’s new music turns out to be more traditional, it could be a step in the right direction for country, even if it isn’t any good. At least it would mean the EDM/R&B style he helped launch would continue to be on the wane. And it is on the wane. That’s why artists like Luke Combs, Midland, and Jon Pardi have been doing so well lately. As strange as it seems, more traditionally-oriented country music is hot right now, and someone like Sam Hunt may have to convert to survive. But remember when Justin Timberlake said he was going to put out a traditional country record? That’s why it’s all just talk until you actually hear the music. But the talk at the moment is interesting, not because we should expect Sam Hunt of all people to transform into some traditional country savior. But perhaps he will at least cease to be the “country” music devil that he’s been for the last many years. And that would be a good thing.