Trigger Down with Pop Country 126 Comments 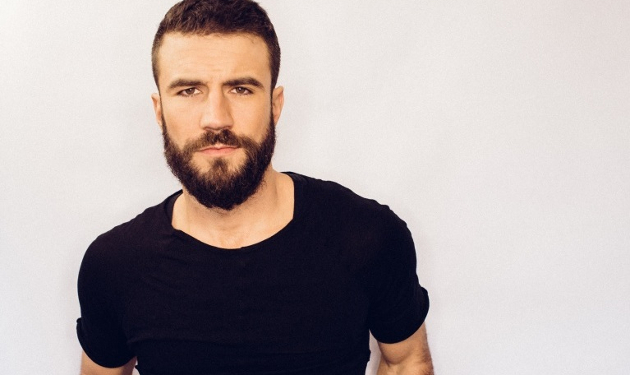 Seriously Sam Hunt, fuck off with this.

To release a song called “Body Like a Backroad” in the year of our Lord 2017, after we suffered through five years of embarrassment as a genre at the hands of the Bro-Country scourge, it goes so far beyond aggressively cliché, it’s just downright grotesque. The level of objectification and misogyny in this song would make the quarter-century dead corpse of Conway Twitty writhe as if it was in an epileptic fit. Even Florida Georgia Line isn’t stupid enough to release a song like this, and they still have to recite the story of the rabbit going down the hole to get their fucking shoes tied every morning.

You’re going to sit in some a board room on Music Row and say, “‘Body Like a Backroad’? It’s genius! Shit, let’s release it as the lead single!” The level of cliché in this song is criminal. Sam Hunt has figured out a way to be more 2013 than the songs of 2013 were. It’s like a parody of itself.

And somehow, inexplicably, this song is even worse than the title infers. Look at some of these lyrics:

“The way she fit in them blue jeans, she don’t need no belt
But I can turn them inside out, I don’t need no help
Got hips like honey, so thick and so sweet…”

Are these the words to a song to be broadcast on what is supposed to be the most family friendly selection on the radio dial, or the off-camera locker room banter caught on a live mic as an Access Hollywood bus trolls a studio parking lot looking for ass?

And to think, Sam Hunt’s upcoming record has been prefaced with all this hot air about how he’s working on this deep material, and this is a really personal project tied to big changes in his life and all this bullshit. Trust me, whenever you hear a mainstream artist say they’re working on the deepest material of their career, that’s when you know you’re being prepped for the release of the most vapid, aggressively shallow songs of their entire lifetimes.

I don’t give a shit if the rest of Sam Hunt’s new album is Shakespearean, we don’t let murderers off just because they donated some canned goods to the red cross. They’re known, as they should be in this case, for the worst of their deeds. And “Body Like a Backroad,” despite the Herculean efforts of Sam Hunt’s back catalog of audio abominations, somehow, inexplicably, sets a new low for this country music interloping pop star who would fuck off the entire 90 year history of country music if it meant getting a hit in a format where he not only doesn’t belong, but defines the absolute antithesis of—the perfect antonym to—and only continues to hang around because he knows he would get his ass handed to him if he tried his hand in the pop format with this vomitous dreck.

I want to see all you Sam Hunt apologists—you know who you are; the ones that work at entertainment outlets that only know country music from the outside looking in and say about Sam Hunt, “Gee I didn’t know I liked country music until I heard him,”—come and defend this abortion. It’s been flabbergasting heretofore to see critics give Sam Hunt a pass simply because he’s a guilty pleasure for them, and turn songs about getting a hand job in the back of a downtown taxi into some important, forthright expression of our time that deftly blends modern themes with small town sensibilities. Sam Hunt is Mad Lib lyrics overlaying shitty electronic beats thrown together in 30 minutes. And his haircuts suck.

And don’t give me any lines about how country music must evolve. If this monstrosity was broadcast simultaneously to all the peoples of the earth, we would immediately devolve back into trilobites due to the level of horrific banality this song makes one endure. I shit you not, I would rather relive all the historic, high-profile death and political acrimony of 2016 all over again to be spared spending another second in audience with this Sam Hunt song.