As I said in the nominations, all four albums could have won on any given year, and simply by the strength of the 2010 field, they each were unfairly pitted against each other. But still, when all the dust settled, and many many fans voiced their feelings publicly and privately, I was still left with two albums that were both masterpieces, both great examples of real country, both accessible and great ambassadors for the independent country movement, and they both had more fans vote for them than any of the others, and in curiously equal numbers compared to each other.

So what is a benevolent dictator to do? Well it’s Super Bowl week, so I consulted the NFL. That’s right. 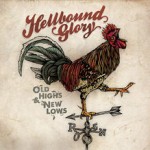 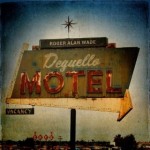 Twice in the history of the National Football League, there were two players that were so outstanding, the NFL handed out co-MVP awards, in 1997 and in 2003. And so since 2010 was such a rare year for top notch albums, and two separated from the pack but not from each other, I have decided to announce co-Albums of the Year for 2010. Those being the masterpieces of DeGuello Motel by Roger Alan Wade, and Hellbound Glory’s Old High’s and New Lows.

Spare me the drama, I will be the first to admit that Ray Wylie Hubbard’s A. Enlightenment and Possessed by Paul James Feed The Family got completely screwed. And you can lump on top of that Jayke Orvis’s It’s All Been Said. But in a year of such quality, such tragedies were bound to happen.

Congratulations to both Hellbound Glory and Roger Alan Wade, and my guess we will see these albums as tops in the decade 120 years from now.