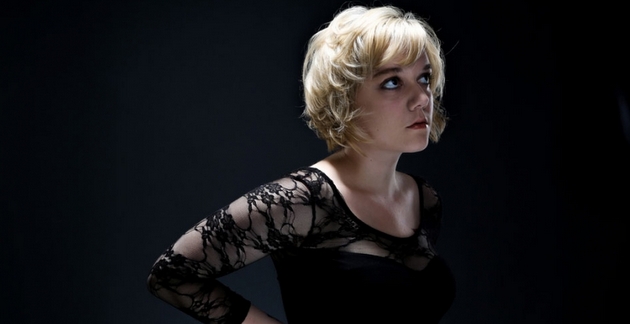 Every true music fan craves those moments when a song and story truly disarm you and make rudimentary rubble of your capacity to keep the saline fountains at bay. Fiction can sometimes achieve these results, but there’s something deep inside the listener that is sparked when they intuitively know they’re hearing a true story being told by the one who lived it. This is the key to allowing the emotions to flow with an extra ferocity.

“That’s the problem with that song. I guess it’s so much easier to write these sort of tragic love songs that I’m not afraid to talk about, but my personal history I guess is a little more scary territory,” Lydia Loveless says about Saving Country Music’s 2014 Song of the Year “Everything’s Gone,” from her album Somewhere Else released by Bloodshot Records. “It’s about my family for one reason or another losing our home, and it was probably the hardest thing I ever went through. I think it was one of the first [songs] I wrote for ‘Somewhere Else,’ and I wrote it and kind of didn’t think about it for months because I just didn’t want to, or play it for anyone. And I was playing with the band and we had drums on it, and I think I started crying and threw a fit as I’m want to do, and that’s why it ended up being so stripped down because I didn’t really want it to be touched.” 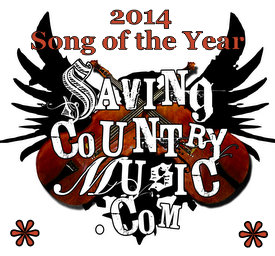 Lydia grew up on an 80-acre farm outside of Coshocton, Ohio, feeding cattle, bailing hay, and being home schooled. The home and hearth, and the kinship she felt with the land that was instilled into the very fabric of who she was from a formative age, ensured a piece of her would be left behind when the family was eventually relocated. And that wrenching, aching sense of loss and the inability to recoup that part of herself orphaned on that land that has now been pillaged and parceled is where the inspiration and emotional potency of “Everything’s Gone” comes from.

But like all great songs, “Everything’s Gone” has the capacity to mutate and fill in the crags and crevices of an individual’s own personal narrative to mean something completely different to every ear. For example my first impression of the song was one for the concern of the disappearance of open spaces for young men and women to get lost in and find themselves—almost an opposite emotion to a sense of home. And it turns out, this message is also rooted in the tune.

“I think that day I had gone hiking,” Lydia says about the day she wrote the song. “It had been so long since I had just unplugged. I was on the road all the time or constantly on the phone or on the internet, and I just went hiking and was alone with my thoughts. And I got really sad that it had been so long since I had just gone out into the woods and been alone. It just reminded me, because when I grew up that was my backyard. You could go out and watch a meteor shower and go hiking and camp and have a fire, and it’s just totally different now. And I was just thinking about the urbanization of everything. Now there’s not a lot to go to get away.”

“Everything’s Gone” could speak very intimately to people who’ve dealt with foreclosure, or the loss of anything that can never be gone back to and re-attained, and the cavalcade of emotions and imbalance this realization can result in. “Everything’s Gone” also shares its ugly realities with blistering truth, and unchecked anger.

Lord, now I’m sick of seeing the fear in my family’s eyes
I need to find the man who put it there and set his life on fire

“Everything’s Gone” affords the listener no resolution or closure. You’re left in the forlorn state, not only coldly realizing there’s no going back, but that the entire world is slowly succumbing to this fate of lost and forgotten fragments of what makes us whole in the headlong charge of priority and progress, and the blinding of rage that overtakes us when this reality sinks in.

Oh, the place where I grew up and my little brother was born
And if I strike it rich again, I’ll go and buy it all back
Well I’ll drop a bomb on that bitch and watch it turn to ash…

As for Lydia Loveless and the real story behind “Everything’s Gone,” she says, “I haven’t been there for almost 10 years…it’s really painful to go back, and I think I’m just a little scared. So I don’t know.”

But despite the pain and emotional distress listeners feel while listening to “Everything’s Gone,” they keep coming back to it because of the comfort of commiseration that makes music its most beautiful when it is able to covey raw pain of an artist in its purest form.

In the honesty and personal unburdening of “Everything’s Gone,” Lydia Loveless achieved the crowning moment of her young career, and the crowning achievement in song for all of 2014 … in Saving Country Music’s estimation.