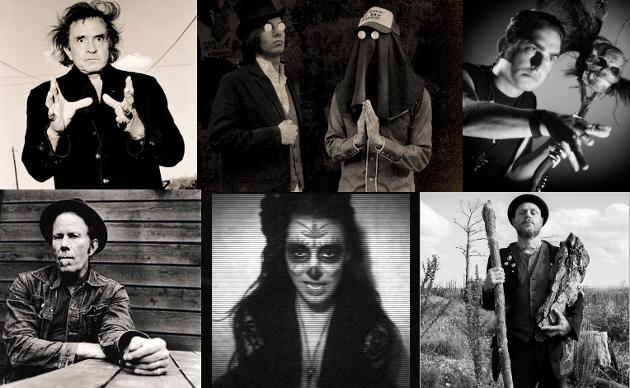 There’s nothing like the onset of fall to stoke memories as the leaves turn colors and the air becomes crisp, and the earth shifts in such a way that the light of the late evening feels like its sent from the past. And as the sun sets a bit earlier every day and October 31st nears, it gives us cause to engage in one of the most entertaining tasks each year, which is to delve a little deeper into the vast, spooky Grimoire of dark country and roots music.

From the very beginning, there has always been a Gothic side to country and roots music. From the murder ballads and ghost stories of the Ralph Peer-era pioneers of country, to tales of struggle and lunacy from more modern underground artists attempting to keep those haunting spirits alive, Gothic country never gets its due credit, nor do the scores of artists and bands who are trying to keep those traditions alive with new music bathed in the darkness and depression and unsettled minds of America’s dying agrarian landscape.

For the 2nd year running, Saving Country Music has compiled a Halloween playlist featuring many of these unheralded artists and some of their best songs to get you into the Halloween spirit. The playlist is available On Spotify, on Google Play (not all songs available), and can also be found in an embedded player below. And for those that don’t do the streaming thing, you can still find the playlist suggestions below. Also feel free to Follow Saving Country Music on Spotify, and check out SCM’s most current music suggestions on the Top 25 Playlist.

This year’s playlist is dedicated to Izzy Cox, who was one of the masters of macabre, and who passed away after a battle with Cancer earlier this year.