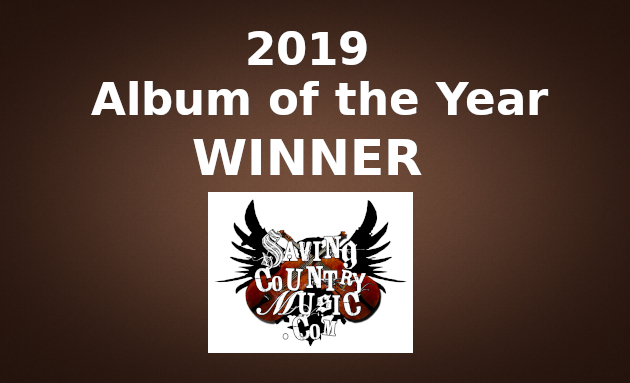 Album of the Year is not an accolade handed out lightly. Obviously, the title chosen has to be regarded as the best record of a given calendar year in Saving Country Music’s estimation. Though universal agreement will never coagulate around any album, there needs to be at least some groundswell of momentum or underlying consensus behind the record from the greater country music listening public as well. But most importantly, there is a precedent behind this achievement, especially when it comes to an artist or band potentially on the brink of rising from the ranks of relative unknowns to be launched into the realm of headliners and contenders as Cheap Silver and Solid Country Gold has done for Mike and the Moonpies in 2019.

When Purgatory from Tyler Childers won Album of the Year in 2017, and when Metamodern Sounds in Country Music by Sturgill Simpson won in 2014, these wins were precursors to these artists making waves far beyond the club circuit and country music blogs, not because Saving Country Music gave these guys an Album of the Year nod, but because they were already on that trajectory, and their momentum was undeniable. What we’re witnessing with Mike and the Moonpies right now has that same tingly feeling and premonition, with praise coming in for Cheap Silver and Solid Country Gold from corners of the internet we didn’t even know this unsigned band was on the radar of.

For a few years now, Mike and the Moonpies have been regarded as one the best live performers in country by Saving Country Music and others fortunate enough to see them out there on the road. That’s not to slight or shade out the efforts of their previous albums in any way since 2015’s Mockingbird, and 2018’s Steak Night at the Prairie Rose are excellent records with not nearly enough attention paid to them. It’s just what they’d been doing live so outpaces the rest of the field, this is where the praise for Mike and the Moonpies was mostly centered.

If 2019 had played out like it should have, Mike and the Moonpies would have mashed down on the accelerator with a new record, and released something even more hard charging, even more hardcore honky tonk recorded deep in the heart of Texas to continue to fuel the intensity of their live shows. But instead they played a wildcard, flew to London of all places, and recorded an album of mostly understated and nuanced material at Abbey Road Studios with the London Symphony. It was risky, bold, completely unexpected, and potentially hazardous. But the Moonpies rose to the challenge, navigated themselves out of their comfort zone on purpose, and worked without a net. Where most bands and artists might think or dream of one day recording at Abbey Road, Mike and the Moonpies actually did it. They called their own bluff. 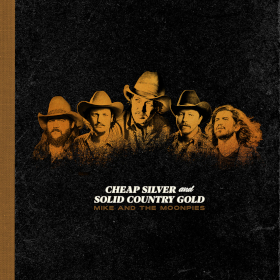 True country fans are used to getting their hearts broken by their favorite artists when they eventually grow bored of country or their original sound, and go venturing off into who knows what, be damned what those established fans think, if not purposely trying to piss them off in some misguided notion about what it means to be a true “artist.” Many in the media today and even some musicians love to claim that country music is too restrictive as a creative medium, and that you must “evolve” away from it if you want to be regarded as a real artist. Of course this overlooks just how expansive and omnivorous the country music genre is, how there are so many different eras and styles to explore, and also how creativity can be expressed just as much, if not more by working within a limited sonic palette as opposed to opening up your music to all influences.

Mike and the Moonpies illustrate and underscore this brilliantly in Cheap Silver and Solid Country Gold. It’s true that there’s only eight songs here. And it’s true that a couple are pretty recognizable covers. But where some bands might avoid certain subjects or modes as seemingly cliche, Mike and the Moonpies embrace these things as timeless, and breathe new life into them by applying their own perspective.

On paper, an album from an Austin honky tonk band playing with the London Symphony doesn’t work. Yet the left field nature of this album is one of the reasons it works so well. There was a very real possibility this record would flop. And let us not forget, Cheap Silver and Solid Country Gold was a completely surprise release with no run up in the press, and had to compete with a new Tyler Childers record released on the same week for attention. But now with this gamble, Mike and the Moonpies can not only be regarded as one of the best live bands in all of country music. They can be regarded as one of the best bands in all of country music, period.

There is no guarantee that we’ll be seeing Mike and the Moonpies headlining arenas soon, or getting Grammy nominations like we saw with previous Saving Country Music Album of the Year winners Tyler Childers and Sturgill Simpson. A lot of this might depend on their next move, as it seems there’s always a year or two lag between when a band breaks, and when the rest of the world finally begins to pay widespread attention. But it’s probably a good bet we’ll be seeing more and more people bandying about the name “Mike and the Moonpies” as one of the best bands in country music well beyond the Austin honky tonks where they got their start, and it’s because Cheap Silver and Solid Country Gold awakened our collective love for true country music better than any other album in 2019.

Purchase from Mike and the Moonpies