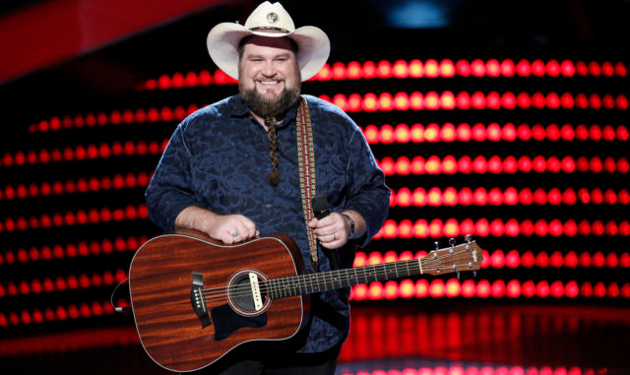 So. I’ve been hearing about this contestant on NBC’s reality singing competition The Voice for a while now named Sundance Head. Yes, that’s his name for those not desensitized to its curiosity after watching him for a television season. As it is the standing Saving Country Music policy to generally avoid reality singing competitions aside from extenuating circumstances, I’ve resisted the dangling carrot allure of traditional country performances from said Sundance Head on broadcast television despite the prodding of many a peer, since heretofore similar scenarios from other contestants, though promising, have ultimately resulted in little to no measurable positivity towards the effort to save country music.

But yesterday amid many calls for my opinion and participation, I finally tuned into The Voice finale to see what all the hubbub was about … just in time to see Sundance Head performing with KISS.

I promptly returned to the Dolly Parton telethon.

Look, it’s not that the efforts of any of these contestants to perform and promote traditional country songs to the teeming masses via the medium of television is a bad thing. But we’ve been here before with Adam Wakefield, Craig Wayne Boyd, Kree Harrison, and about a dozen others that were the great traditional country hype candidate on one of these competitions, and six months later they can’t keep a record deal. The fact that Billy Gilman and Meghan Linsey have both tried to recycle their careers though The Voice and are still failing should tell you all you need to know about the efficacy of these shows beyond selling primetime commercial slots. No offense to any of these artists, and some of these former reality TV competitors are great country music performers. But none of their efforts are even really worth remarking on until they do something in the real world.

Yes, Sundance Head put together some great performances during his run on The Voice, and hats off. But I do take significant exception with him calling himself the “founder of soul country.” Bullshit. What hubris, arrogance, and shortsightedness. First off, do a little bit more than win a reality singing competition before you go out there assigning yourself grandiose monikers. Second, go listen to “Louisiana Women” performed by Waylon Jennings, written by JJ Cale, and produced by Willie Nelson from 1974, or Larry Jon Wilson’s New Beginnings album from 1975, or Tompall Glaser and his Outlaw Band from 1977, or pretty much anything from Jerry Reed’s nearly 50-year career. Then tell me how you invented soul country.

Hey, I hope Sundance Head and his country music pursuits all the best. But as he picks the glitter out of his quaffed beard from the KISS collaboration last night, I just hope he understands that today—the day after he won the biggest singing competition left on television—he’s just another Joe with some songs and a voice, trying to get noticed in a sea of mediocrity along with the rest of us.