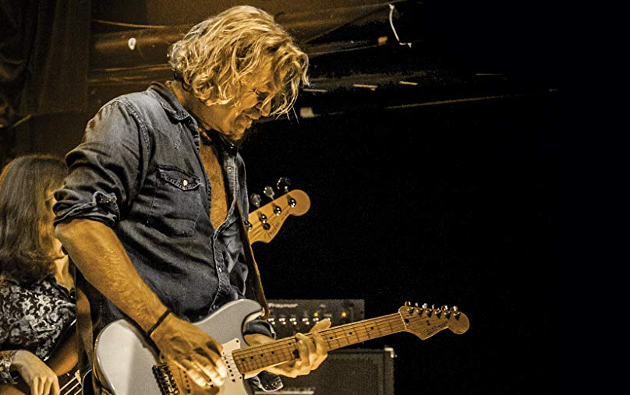 There have been better songwriters in the history of Texas music, with all due respect. There are better singers in Texas and beyond too. But there is only one Charlie Robison. And Charlie Robison is like no one else. Many artists sing about how the women in Texas are more beautiful and the beer is always cold, and you know it’s bullshit. But Charlie Robison makes you believe it. Many sing about cities and towns in Texas, the state’s rugged landscapes, the rivers, and the historic dancehalls. But only Charlie Robison puts you right there. The oil rigs near Houston, or a little places in Pecos that Charlie sings about aren’t many miles away. They’re right there in your mind. They’re so close you can smell them.

Perhaps it’s the occasional appearance of accordion, or the fiddle and steel guitar combo that’s always more melodic than flashy, but the sound of Charlie Robison is the sound of Texas. It nestles somewhere near the border, where the culture of Texas is at its most lush, and where your recollections are always more vibrant. More than any other Texas artist, you remember the time and place you first heard your favorite Charlie Robison songs. They stick to you fast, and become part of the fabric of your memories.

It isn’t just the words or the music itself. It’s the commitment your mind makes when you listen to a Charlie Robison song. It’s the awakening of the imagination, and the suspension of disbelief, yet the true-as-dirt stories told with glossy-eyed despondency that make you deeply cognizant of every damn word being conveyed. The songs of Charlie Robison place you in the shoes of the characters. You feel their pain, and share in their sorrows. It’s eerie how the songs seem to be shaped to your life. The stories contained in iconic records like Life of the Party and Good Times paralleled your own in that very time and place, and when your mind travels back to those eras of your life, Charlie Robison is the one singing.

Reporting on the retirement of Carlie Robison feels like writing an obituary. It’s a career ended way too early, like an artist whose life expired tragically. It’s sorrow mixed with a good dose of disbelief. It can’t be true. No, not Charlie Robison. Check the medical records. Consult the best doctors in the business. I don’t want this career-ending prognosis to be the work of some nurse practitioner at a Rite-Aid walk-in clinic. I want John Hopkins chiming in. Ship Charlie to Europe if that’s what it takes. Set up a team of the best doctors. This is Charlie Robison we’re talking about. What’s 2018 good for if it can’t salvage Charlie Robison’s voice?

We didn’t even get a proper moment to say goodbye, to see that one final concert at Floore’s Country Store, or Gruene Hall. There will be no farewell tour, no funeral to pin our sorrows upon. Just “Hey, cherish those old records and those memories from past shows, because that’s all there’s gonna be.” Not to say there weren’t plenty of good times and Charlie didn’t put in his fair share of service time, because he did, and there were. And his music will remain at out fingertips and in our record collections for years to come. But there won’t be any more of it, and that’s a jagged pill to swallow.

Even when your favorite artists are well past their prime and you know it, and the magic they presented during the apex of their career has all but expired, as long as their still breathing and performing, you hold out hope they will re-connect with what made you love them in the first place. That possibility is always present, while seeing them live is never dull due to the personal history their music sowed in your life, seizing upon your nostalgia to the point of dampening the eye when you see them walk out on stage, not matter how distant they may be from their original abilities.

Perhaps Charlie got a bad prognosis, and was feeling a little fatalistic when he wrote his farewell. Obviously he still can write songs, and many of today’s artists would be proud to do the singing for him. Maybe this adversity will give Charlie Robison the excuse to refocus on songwriting specifically. Look what happened with John Prine. We didn’t know if he would even survive the Cancer that wrecked his voice in the late 90’s. Now at 71-years-old, he’s enjoying a huge resurgence in his career. But maybe that won’t happen for Charlie Robison. Maybe it’s a big relief for him that he won’t have to crawl into a bus anymore and go trekking across Texas and beyond to perform. Maybe he was looking for an excuse.

But as a fan, you hold out hope. It’s never over until it’s over. The fact that Charlie is still around almost makes it even more painful—tempting you with an ever-present possibility of a comeback, however improbable. But it’s over for now. And all you can do is pull out a record, turn it on, and remember the good times. And perhaps it sounds especially sweet, and is extra emotional knowing Charlie Robison has been forced into the sunset. Or maybe it just sounds especially sweet and extra emotional because it’s Charlie Robison, and that’s what he did for a quarter century.