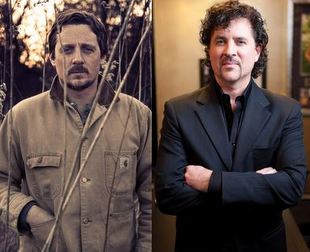 Big Machine Label Group President & CEO Scott Borchetta is entering a new era in his influence over American Music this week as the current American Idol season has reached the phase where his position as “mentor” to contestants comes into full play. Announced in December of 2014, Scott Borchetta has partnered with the singing competition to not just guide the contestants, but eventually sign the winner to Big Machine, despite previous comments disparaging the singing show that caused original American Idol winner Kelly Clarkson to lash out against the label owner. Borchetta’s role in the success of Taylor Swift has made him one of the most respected executives in the music business today.

During a phone interview Thursday afternoon (3-12) ahead of Scott Borchetta’s appearance on American Idol, he was asked to comment on the quotes from Sony Nashville CEO Gary Overton who said a couple of weeks ago, “If you’re not on country radio, you don’t exist.” Not only did Borchetta somewhat disagree with Overton’s assessment as being “very broad,” he cited Sturgill Simpson as an example of why this take on music success is not always the case. As MJSBigBlog reports, Borchetta’s response was,

It depends on which lane you want to be in. That is a very broad statement, and you could shoot holes in it all day long. You can look at an artist like Sturgill [Simpson] who has a fantastic career that he has built from the ground up. You can look at several different artists that are just a little bit to the left of center, that have built great careers. If you want to play in the mainstream country game, you’re not going to win it if you’re not winning it at mainstream country [radio]. I look at that as a very specific thing.

Scott Borchetta has presided over numerous successful acts that didn’t receive any radio play. The Mavericks weren’t shown any love from radio, and their comeback album In Time did very well on Big Machine’s Valory Records imprint. When Scott Borchetta signed Taylor Swift, it was still a big question if she could be successful on country radio. Meanwhile Sturgill Simpson’s success reinforces the idea that there’s other avenues and measurements to the success of music that don’t take into account mainstream country radio play. Many country artists in the Texas scene took exception to Gary Overton’s comments as well, including Aaron Watson and Charlie Robison.

Amidst the fracas in the aftermath of Gary Overton’s comments, Sturgill Simpson was performing live on Nashville’s independently-owned a locally-focused Lightning 100 on March 1st. “We’re on the radio! That means we exist,” Sturgill said poignantly on the program. It’s not unlikely that Simpson was courted by Big Machine after the success of his recent album Metamodern Sounds in Country Music. Sturgill eventually signed with Atlantic.