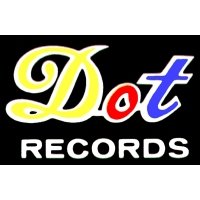 Scott Borchetta’s Big Machine Label Group is now bigger by one, and adds a new branch on the Big Machine tree right beside the labels other imprints of Republic Records and Valory Music Group. Announced today, Scott Borchetta and Universal Music Group have resurrected the “Dot Records” label name—a legacy music brand that was first started in Gallatin, TN by a man named Randy Wood in 1950, and lasted well into the late 70’s before eventually being engulfed by Universal Music and phased out. Many legacy country music artists including Don Williams, Roy Clark, and Hank Thompson had music released on Dot, while the label also serviced artists from other genres like Pat Boone and Count Basie.

The move marks the continued expansion of the Big Machine empire, though no bands or artists have been announced just yet for the Dot roster. However we do know from the rhetoric coming out of the announcement that it likely won’t just be country music coming from Dot. The label head has been announced as Chris Stacey, a senior vice president and head of promotions at Warner Music. “Look around Nashville right now. Nashville is a world music center. There’s rock, pop, country and rap,” Stacey told The Tennessean. “The cool thing about the heritage of Dot, it was a multi-genre label. Country music will always be the center lane. But, via our partnership with Universal, we are an independent label based in one of the hottest music cities in the world, and we have capabilities to do whatever we want musically.”

That capability will be aided by Borchetta’s historic deals with the pop world’s Dr. Luke in the songwriting realm, and with Clear Channel radio and their huge syndicated country radio network. In fact radio appears to be a centerpiece of the Dot plan according to Chris Stacey. “The other thing that is a really cool angle on this, [Dot] was created through the use of a local daytime radio station. It started off based on a partnership with radio. You look at the country music industry now, it’s all about the partnership with country radio.”

The use of the Dot label continues the trend of new school label groups of only carrying four or five artists on each imprint. All of Big Machine’s properties are set up this way, as are the respective labels under another new school record label, Broken Bow. This system allows artists to not get lost in the vast roster of a traditional label, and this structure is considered one of the reasons for Scott Borchetta and Big Machine’s success.

According to Borchetta, Chris Stacey will have full control over picking his staff and roster for the imprint, similar to how his other sub labels are run, with Scott giving final oversight. As many of Music Row’s major labels are trimming rosters and consolidating staff, the fact that Big Machine feels they can sustain a new branch speaks to the success the label has had since its 2005 inception.

Dot Records and their eclectic, sometimes kitschy selection of music over the years made them a favorite of vinyl collectors and studious music fans alike. Dot found their niche by using a local radio studio in Gallatin to record artists disregarded by the rest of the music business. Though it remains to be seen how much that legacy is respected by the new owners, it very likely won’t take on the same charge of searching for the offbeat and overlooked. It will simply be another stable for top shelf talent being lured to Big Machine by the label’s success.