When Mike Curb first set up shop in Nashville, he had a strategic advantage over his competition: he was local, and he was independent. One of the reasons many major label country artists have such weak control over their music compared to artists in other genres goes back to how the major labels moved into Nashville during the advent of commercial country. Since most of the record labels were based in New York or Los Angeles and owned by larger parent companies, the Nashville offices were managed from afar, with tight controls on cost and content.

Mike Curb didn’t have to work with these restrictions, and this enticed a bevy of talent to his roster. Hank Williams III, maybe Curb Record’s biggest opponent over the years says this factored into him signing with the label even in the late 90’s, with his manager Jack McFadden telling him, “Shelton, I want to deal with Mike Curb because he’s in Nashville more than he’s in California or New York.”

Yesterday Tim McGraw announced in a press conference that he had signed with Scott Borchetta’s Big Machine Records after a 20-year career and protracted legal battle with Curb. The symbolism and significance surrounding the signing was striking, and spoke to the titanic shifts that are rearranging the country music landscape in Nashville at this very moment.

McGraw and Borchetta initially signed the new deal at Nashville’s Greyhound bus station to symbolize the new beginning. Tim had arrived as a young man from Louisiana with a suitcase and guitar in hand some 20 years before by Grayhound. One of the first people in the music business McGraw was to meet in Nashville was Scott Borchetta’s father, Mike. Mike Borchetta was the man responsible for signing Tim McGraw to Curb Records.

The press conference announcing the new deal was held at the Country Music Hall of Fame, an institution decorated with the Mike Curb name, as are many Nashville landmarks. Holding the presser there was almost like holding it in the belly of the beast, with Borchetta openly criticising Mike Curb, saying that Tim’s first album would be entitled Greatest Hits 4, humorously referring to the incessant greatest hits releases Curb was comically known for towards the end of McGraw’s contract. Soon the Curb name may not be as synonymous with the Hall Of Fame as the one of “Swift”. Taylor Swift, the first artist Borchetta signed in 2005 when he started Big Machine just made a $4 million dollar donation to The Hall of Fame for a new education center, eclipsing any single donation ever made to the institution previously, including any from Mike Curb.

The theme of the McGraw/Borchetta press conference seemed to be the freedom of the artist, with Borchetta insisting that Tim would be able to do whatever he wants, whenever he wants; a trademark of Big Machine, and the big criticism of Curb. For 15 minutes, it seemed the Mike Curb approach to the music business was on trial, and found guilty. “It’s time for Tim to take over,” said Borchetta. “This is about music. It’s music business. That means music comes first. And that’s what we’re gonna do.”

And that may not be where the grenade lobbing stops between these two Music Row demigods of Curb and Borchetta. Borchetta left the idea very open, if not hinted that Big Machine would be willing to release competing singles from McGraw’s new material to counter the singles being released by Curb from McGraw’s final album Emotional Traffic that Curb delayed for years, and only decided to release after losing in court. “It’s going to be sooner than later,” Borchetta said about McGraw’s new music. “It’s going to take a nation of millions to hold us back.” This could create a country radio dog fight between Curb and Big Machine to a caliber Music Row has never seen. 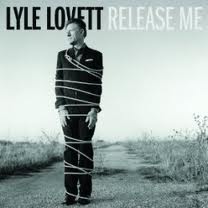 Just like Hank3, Lyle Lovett, Hank Williams Jr., and the majority of other artists leaving the Curb label, there was a dramatic sense of relief in the face of Tim McGraw. From the music of Hank3, to the cover of Lovett’s last release with Curb, the Curb Record’s restrictionary approach to their artists has become an indelible artifact of the country genre in this time period, one that the future will be able to reflect back on, to an era when artists were forced to sometimes wait half a decade to get their music to their fans.

But that era is coming to a close. Mike Curb is no longer the Titan of Tune Town. His roster is depleted, his relevancy is waning, and with Tim McGraw joining a stable that includes Taylor Swift, Rascal Flatts, and The Band Perry to name a few, it is hard not to label Scott Borchetta and Big Machine as the most dominant label in Nashville, and in all of country music right now. In no uncertain terms, Tim McGraw was a massive, maybe historic acquisition.

Scott Borchetta and Big Machine Record’s success speaks to two things: talent evaluation, and freedom for the artist. Artistic freedom is one of the cornerstones Big Machine is built on, and where much of their success is derived from. In a copycat business in a copycat town, it is encouraging to think that Big Machine’s success and Curb Records’ failures will breed a new era of artistic freedom throughout Music Row.

However similar things were likely said about the rise of the independent, and locally-based Curb Records. Money and power are very effective at eroding values over time. And Big Machine holds no values or promise for the forces fighting for the purity and integrity of country music itself. Looking up and down the Big Machine roster, it is hard to find any true country music at all. How ironic it is to finally see artistic freedom trending upwards on Music Row, yet true country music being left out of that trend in favor of country pop.

Make no mistake about it, there is a new king on top of the country music hill, and his name is Scott Borchetta.