Scott Borchetta on Country: “I Really Don’t Care.” Defines it as “Youth” 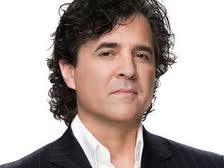 The Country Music Anti-Christ, Big Machine Records owner Scott Borchetta was on American Public Media on Friday (9-28-12) with host Kai Ryssdal, and had some pretty incendiary things to say about country music, proving why he deserves his infamous “Anti-Christ” moniker. Ryssdal went right after Borchetta, citing Saving Country Music’s “Anti-Christ” labeling specifically, and playing a cut from Big Machine artist Taylor Swift’s song “You Belong With Me”, asking him if it was more pop than country.

“If you don’t want to consider it country, I really don’t care,” was Borchetta’s response. “That means nothing to me.”

In the interview, Borchetta also defined country as, “Whatever fans of country music listen to and like. It’s younger. It’s youth.”

Borchetta went on to claim he was just the latest in a line of folks being blamed for killing country music, citing Patsy Cline, Kenny Rogers, and Shania Twain as other country stars that were more pop than country in their day and received the same scrutiny Taylor Swift does now.

On that last point, Scott Borchetta is correct. One of the reasons that country traditionalists and purists are losing the battle for the term “country” is because many are unwilling to admit that pop influences have been a part of the genre since the beginning.

But what Borchetta and other country pop apologists don’t seem to understand is that country has never been this unarguably and exclusively pop before, and mainstream country’s obsession with image and youth has severed the ties to the roots of the music that were clearly evident even when Patsy, and Kenny, and John Denver were plying their craft back in the day. If country loses its identity and autonomy from the rest of music, it could erode its long-term sustainability, and the legitimacy and importance of its institutions and infrastructure.

But let’s not bury the lead here. Scott Borchetta finally said what we all knew he believed through his actions: that he doesn’t care about country music or the significance of the ‘country’ term. It is an annoyance to him, a trifle.

Make no mistake about it, Scott Borchetta is winning, against purists, and against his counterparts on Music Row. While Nashville’s major labels are still trying to navigate the retooling to the digital age, Borchetta is running circles around them, pilfering their talent rosters, while has-been’s like Mike Curb hurl frivolous lawsuits at him as obvious moves of desperation and spite.

As I explained when christening Borchetta with the “Anti-Christ” name, his nickname is not for Music Row’s traditional sin of manipulating its artists. Borchetta gives his artists immeasurable latitude compared to the rest of Music Row. It is because Borchetta is eroding the significance of the ‘country’ term more than anyone else has done in the history of the genre, with the help from Taylor Swift and other Big Machine artists, while at the same time re-integrating and monetizing anti-Nashville sentiment back into the corporate country world through fake “Outlaws” like Justin Moore.

Yes, I’m sure similar words were spoken in Patsy Cline’s day, or when John Denver won his CMA in 1975, and it’s uaually folly to think that the time you live in is the most critical and has never been worse, but it really does feel like the importance of the term ‘country’ is at its eleventh hour. It’s hard to argue anything else when the most powerful man in the genre looks at the term as irrelevant.

Chet Atkins and Owen Bradley may have killed country music in 1957 when they developed the Nashville Sound, but would have denied it to their graves, praising the genre to the end. Borchetta on the other hand, with brashness, doesn’t even have enough respect for the term ‘country’ to feel it’s worth acknowledging if he’s killing it or not. It’s superfluous to him that anyone would even care.