Scott Borchetta: The Rise of the Country Music Antichrist 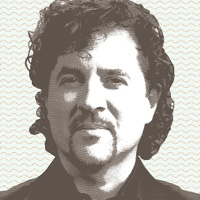 I first used the phrase “Country Music Antichrist” in reference to Big Machine Records CEO Scott Borchetta about 1 1/2 years ago. I’d like to hold my chin high and say I was being prophetic, but in truth at the time I just thought it was a nasty way to label the guy primarily responsible for the rise of Taylor Swift and the biggest perversion of the term “country” the genre has ever seen. And hey, he has the evil goatee. But little did I know a few short years down the road, Borchetta would become one of the most powerful men in all of music.

The reason I coined the nickname had to do with the purity of genre terms. Borchetta calls Taylor Swift country when she’s clearly pop, and Justin Moore has been the primary culprit in the corruption of another important country term, “Outlaw”. We can argue back and forth if we should even care about the purity of these terms any more. This was a much more salient discussion when Taylor Swift was winning her first CMA for Entertainer of the Year in 2009. At this point that battle has been lost. The only question is if these terms are worth fighting to reclaim.

But disgruntled country music purists are not the only ones who look at Borchetta as the Antichrist of their music world. His rival label executives on Music Row must see Borchetta as just as much of a threat, if not even more of one to their way of life. If the prototypical Music Row executive can be visualized as the gray-haired man with a steak-and-potatoes gut spilling out of his navy suit, then Borchetta is the in-shape, sleek guy in a tight-fitting black spandex shirt taking office Yoga breaks and ordering in sushi. As the traditional labels in Nashville have been lethargic in their attempt to keep up with trends, Borchetta has been running circles around them, pilfering their talent rosters and penning historic deals that will re-shape the music industry for years to come.

It hasn’t even been a month since I claimed Scott Borchetta was the new “King of Nashville” after signing Tim McGraw, and since then Borchetta has been at the helm for two more huge decisions. First at the beginning of June, Big Machine expanded into the music publishing business, the one calm port in the calamitously-recessive music industry in the last decade. As sales decline, rights for the use of songs in TV shows, movies, commercials, etc. has remained steady. And then just last week, he inked a deal with Clear Channel that will earn performance rights for his artists when they are played on the radio, a deal that will likely shape how music rights are handled as radio expands and morphs into a more digital format.

The Clear Channel deal is a huge win for Borchetta. “The Big Machine Label Group is the first United States record company in history to have performance rights for our artists,” he told The Tennessean. The deal points out the other dichotomy about Scott Borchetta and his Antichrist identity: his rise to power has in part been the fault of Big Machine’s culture to actually take care of artists and extend to them a measure of creative freedom, ironically the thing same some traditionalists who hate Borchetta for his perversion of country terms and been clamoring about for years.

Scott Borchetta is just what Nashville and country music needed, while also being the sum of all of its fears. His gamble with Taylor Swift paid off in the sweetest run of spades one could possibly imagine, and now he’s not just a big player in the country music world, he is the biggest, and with the Clear Channel deal his influence stretches way beyond the country music realm. The Tim McGraw signing and the Clear Channel deal may not be the culmination of Borchetta’s rise, it may be the beginning of it, as all ties to the old oligarchy that governed Nashville since the time of RCA, Acuff/Rose, and Studio B, slip away from the market power amassed from the success of Taylor Swift.

So yes, though the term “Country Music Antichrist” feels wholly immature and unfair, it also feels expertly a propos.