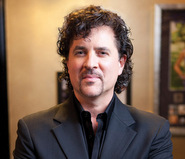 In yet another landmark deal, Big Machine Records founder and CEO Scott Borchetta has commenced a joint venture in the songwriting realm with the pop world’s Dr. Luke. A songwriter and producer, Dr. Luke’s publishing company boasts 30-40 big names in the pop world–names like Katy Perry and Ke$ha. The objective of the joint venture is “to allow the two companies to co-publish songwriters with the goal of bringing country and pop writers into each other’s realm.” In other words, the deal will likely mean even more pop on country radio, as pop songwriters and producers collaborate more intimately with Big Machine’s growing roster of country talent.

The seeds of the deal were planted when Scott Borchetta suggested Big Machine artist Taylor Swift collaborate with songwriting producers Max Martin and Shellback on her latest release Red. The relationship resulted in two multi-platinum mega hits: “We Are Never Ever Getting Back Together” and “I Knew You Were Trouble.” As Billboard states about the deal:

The goal for both teams is to keep an eye open for the other, sending writers to L.A. from Nashville and vice-versa to fit the needs of the two teams. Naturally, both sides see the current landscape in pop music as receptive to the merging of the two cultures, evidenced by Swift’s use of various non-Nashville experts to assist with her music on her latest Big Machine release ‘Red.’

The new deal will mean that at the very inception of the creative process–the writing of songs–pop writers and producers will have more input in country music. It will also mean that since Dr. Luke’s pop songwriters will be working under the same corporate umbrella as their country counterparts, the collaborations will be more financially lucrative for the parent companies. The deal could also erode the genre integrity of the pop world, as country producers and songwriters from Nashville swap their tastes with LA-based pop acts. Similar to Clear Channel monopolizing radio markets and offering less choice to consumers, the Borchetta/Dr. Luke deal could mean the erosion of choice and contrast between country and pop.

The reason Saving Country Music often refers to Scott Borchetta as the “Country Music Anti-Christ” is not because of the way he handles his Big Machine roster. Compared to many Music Row CEO’s, Borchetta offers incredible creative latitude and financial fairness to his talent bin; a bin that now includes names like Tim McGraw, Rascal Flatts, Florida Georgia Line, Reba McEntire, and The Band Perry. But Borchetta might also be the most responsible party for the erosion of the term “country” in the history of the genre, as he continues to market songs and artists that are either pop or mostly pop through country channels.

Most of all, the new deal reaffirms Scott Borchetta as one of the leading minds in the music business. Country fans can hate on him all they want, but Borchetta has proven himself to be smarter and more shrewd than his Music Row brethren time and time again.