Scotty McCreery Loves How The Latest Trend in Country Is Country 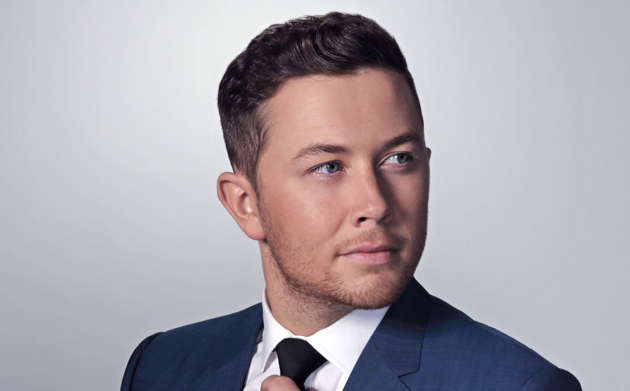 We keep talking about how one of the hottest trends currently in mainstream country music is actual country music, and listening to Scotty McCreery, he concurs, and wants to help to keep things trending in that direction. And with undeniable appeal of his deep, twangy voice, and what he’s done with more traditional material when he’s chosen to go in that direction in the past, it would be more than welcome if he does.

Speaking to The Boot after the CMA Awards in November, the now 26-year-old who is signed to Triple Tigers said about an upcoming album he’s working on, “I grew up on the good old country music, so we might be taking it back to that a little bit: a little more fiddle, a little more steel guitar. So, we’ll see how that rolls. That’s where my head’s at right now.”

A little? Hell, why not a lot? But Scotty’s already been a little more country than many of his mainstream contemporaries, so we won’t complain if he continues in that direction. And speaking of his peers, McCreery says about the return to twang, “I love it. It’s awesome. There’s so many [artists]. You’ve got Luke Combs over there who’s bringing it back, Jon Pardi. There are so many great traditional acts that are kicking butt, so I love that.”

We love it too, and so do fans when traditional country is actually given an opportunity. Luke Combs may not be the 2nd coming of Waylon, but he’s also the hottest thing in all of country music right now, and a hell of a lot more country than whatever the hell was the hottest thing two years ago at this time. Meanwhile Jon Pardi’s single “Heartache Medication” will be vying for #1 on radio next week. It took long enough to climb the charts, but it’s finally there.

And the success of guys like Luke Combs and Jon Pardi give opportunities and incentives to a guy like Scotty McCreery to get a little more country. And before you know it, mainstream country starts sounding country again. McCreery had two #1’s off his last album himself, and could be in a good position to helping keep this trend moving forward.