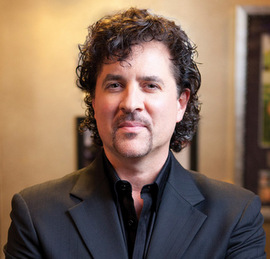 Oh the hilarity country music can sometimes be a party to.

Pop country super duo Florida Georgia Line is getting ready to release their second album Anything Goes next week through Country Music Antichrist Scott Borchetta’s Big Machine record label, and this occasion lands them on this week’s cover of Billboard Magazine. In the lengthy feature, Scott Borchetta makes an appearance, and does a pretty impressive open mouth/insert foot maneuver when talking about the duo in the context of the “Bro-Country” term.

Rob Tannenbaum of Billboard brings up a late 2013 story from NPR that quotes Scott Borchetta as saying, “Everybody in Nashville must be drinking 24-7. We’re a bunch of drunks down here. There’s too much, to be honest with you. We can’t keep talking about Fireball and Coors Light and having the tailgate down, etc. So we’ll task our writers and artists to dig a little deeper.”

The NPR story at the time sent murmurings throughout the country music world that we may be seeing a sea change in country since Scott Borchetta wields such a big stick in the industry. Saving Country Music even ran a follow up story in July about how Borchetta had been somewhat living up to that promise, citing evidence such as Maddie & Tae’s “Girl In A Country Song” and Florida Georgia Line’s “Dirt” as examples of a changing tide in country.

The entire premise of the December 2013 NPR story where the original quote came from was about Florida Georgia Line, and specifically how their song “Cruise” had become the longest-running #1 song in country music history. The title of the NPR story was, How A Hip-Hop Remix Helped Make ‘Cruise’ The Year’s Biggest Country Hit. Now all of a sudden they weren’t meant to be a part of Scott Borchetta’s quote? In fairness, Borchetta did seem to be speaking about country in more general terms, but how fair is it to chide the entire industry for singing about “the tailgate down” and “Fireball,” but give what now is arguably his label’s biggest country band, and the biggest band perpetuating these types of songs, a pass? 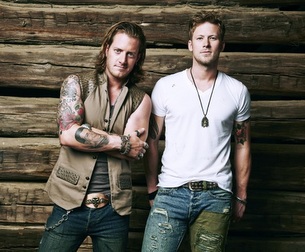 Borchetta is quoted in the new Billboard story as saying Florida Georgia Line doesn’t have to comply with the mandate to “dig a little deeper” because, “Tyler and [Brian] own that. We don’t use the term ‘bro country,’ but they do it better than anyone.”

Ha! What logic. And once again we get the ostrich head in the sand answer about Bro-Country from an industry type who’s profiteered greatly off the trend. Because you know, if, and only if Scott Borchetta actually used that term, which he doesn’t, then Florida Georgia Line would be the kings of it, which somehow insulates them from any criticism about it.

A few other interesting nuggets from the Billboard story is that Nickelback (who share Florida Georgia Line’s producer) is portrayed as a “heavy metal” band. I’d love to hear what a throng of Exodus fans would have to say about that distinction. I have a feeling it would look something like THIS.

Billboard’s Rob Tannenbaum also points out that Florida Georgia Line now has no less than three songs that rhyme “party” with “Bacardi.”

And proving that marijuana = marketing in today’s mainstream country music world, the band admits that they smoke pot in the piece, as if this is relevant to anything, or somehow makes them more legit. “We’re professional partiers,” Tyler Hubbard says. Yes, and as we can all tell, the music is just an afterthought.