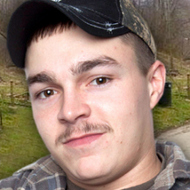 It’s all fun and games…until somebody gets killed.

The depths Viacom and American corporate media have slumped to in their tireless endeavor to exploit and further stereotype the rural residents of the United States is nothing short of a black eye on the American culture, and an abomination of the entertainment medium. Yeah, they may bleep out all the bad words and blur out the occasional errant boob shot to pander to their corporate TV sponsors, but the effect of this type of marginalizing of human behavior, especially when it is incredulously aimed at a youth audience, is worse than most garden variety hardcore pornography on the psyche of the viewer, and on the dignity of the subject.

Viacom, the world’s 4th largest media conglomerate and owner of MTV, CMT, BET, and VH1, decided last year that the level of exploitation found in their CMT ‘Redneck’ franchise that includes the shows Redneck Vacation and Redneck Island was not enough, so they ratcheted up their malfeasance of the public media, and in an act of grotesque profit mongering, targeted their rural stereotyping on MTV’s youth demographic and launched Buckwild–a reality franchise that follows unsupervised youth of West Virginia as they act out scripted scenes that offer no context and cast a very narrow window into the behavioral patterns of the Appalachian people and America’s rural culture.

Today it was announced that one of the stars of Buckwild, Shain Gandee, along with 2 other people, were found dead when their 1984 Bronco was stuck knee deep in mud in the West Virginia back country outside of Sissionville. It is believed that the passengers died of carbon monoxide poisoning when the tailpipe of the vehicle became submerged. Who were the two other people in the vehicle? Apparently that is not important to most of the reporting outlets, because they weren’t reality TV stars.

Just like MTV’s reality show Jersey Shore, outcries from locals worried about the perpetuation of negative stereotypes from the show went unheard. In the aftermath of the death of Shain Gandee, the mayor of nearby Charleston, West Virginia has called for the cancellation of the show, saying, “Of the few cast members on the show already two have had legal issues and now one has died.  The show only enhances the negative stereotype the Kanawha Valley already has.”

It’s not that some of the scenarios portrayed in Buckwild and other reality series aren’t similar to some of the recreational activities of rural residents. But for entertainment purposes, they are prodded into pushing the limits, and many times are fueled and enabled by television producers supplying them money, alcohol, and other items to help spurn unrealistic and riveting scenarios that rarely take into account the well-being of the participants. Another Buckwild cast member Salwa Amin was arrested in a drug bust that involved transporting and distributing heroin and oxycodone. Cast member Michael Buford has been arrested for DUI.

Though MTV offers condolences in public statements, the off-the-screen drama of the cast members and even Shain Gandee’s death only fuels interest in the reality franchises they are a part of.

Buckwild unabashedly takes pages from the White Family of West Virginia franchise, a family that has been featured in numerous films starting with the 1991 documentary Dancing Outlaw. But Buckwild takes the extra dangerous step of having both the cast members and the audience fit squarely in a youth demographic. A week after 2009’s Wild & Wonderful Whites of West Virginia was released–a movie produced by MTV–cast member Jesco White was arrested on drug charges. They were later dropped.

As America’s rural and agrarian culture continues to contract, rural culture is regularly lampooned, stolen from its residents, commercialized, then sold back to them in a caricaturish fashion like Buckwild and CMT’s ‘Redneck’ franchise.

Why doesn’t MTV and Viacom stick their cameras into the hidden reality of white affluence, where the bored sons and daughters of the supposed sheltered and upstanding world wreak havoc on themselves with alcohol, and dangerous and sometimes deadly doses of illegal substances and designer drugs in out-of-control parties? Or let alone, why doesn’t MTV stick their noses into the medicine cabinets of their moms and dads to find out that this isn’t a matter of youthful indiscretion, but an institutionalized way of life? Of course, that would all be too scary for corporate America, but you can exploit rednecks all you want, because like Italians and blacks, they are part of a cultural minority that can be lampooned and sold as an entertainment oddity.

This type of shameful, exploitative entertainment should be banished from the airwaves, and not from some intrusive governmental intervention, but from an awareness throughout the rural population about the effects of cultural filth like Buckwild. And it should happen before someone gets seriously injured or killed.