Sheryl Crow’s “Feels Like Home” Only Country By Name 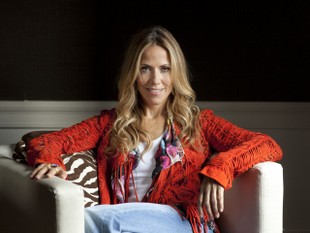 It would be so easy to play the typical cynical country music critic and blast Sheryl Crow’s new “country” album as nothing more than re-packaged pop rock looking to carpetbag off of country’s continued willingness to take in aging talent from other genres. Without listening to a single note of the new record, that is a very plausible conclusion that would make sense to a public that is eager to draw polarizing contrasts and paint everything in black and white.

And though it pains me of how predictable it is to take that stance and then justify it through further dialogue, that is exactly what you get with Feels Like Home. In fact “predictable” might be the best buzz word for this project. No, it’s not that there aren’t some token homages to mark her move into the country format—some subtle changing of words, maybe a little steel guitar here and there and a few songs with some super-compressed string arrangements—but overall, except for one song that we will get to in due course, there is very, very little contrast between Feels Like Home and what Sheryl Crow was calling rock for the body of her career.

But that doesn’t necessarily paint Feels Like Home, or Sheryl Crow, or her career as bad. Sure, calling something country when it is really more indicative of rock is always a poor foot to start on. My favorite analogy is if you invited a barbecue critic to come and rate your Chinese restaurant…as a barbecue restaurant. The critic would get quite confused, and probably give you a failing grade even if your food was great. But nonetheless, unlike much of male-dominated pop country these days, inadvertently interfacing with a Sheryl Crow song doesn’t immediately enact a gag reflex. It is simple, straightforward, innocuous background noise for music consumers who don’t want to put too much thought into their music. But that in itself is not enough justification to call it “bad.” It is a symptom of music elitism to think that all music must be listened to actively and analyzed in-depth when much of it is simply meant for busy consumers looking for some noise to jazz up their commute to work and back.

But where Sheryl Crow takes it to the next level and creates a polarizing environment around herself and her music is: 1) The ubiquitousness of her and her music. 2) The formulaic nature of her approach. Even as someone who mostly knows Sheryl Crow’s songs indirectly through mass media, I immediately could pick out obvious similarities in approach, structure, and lyrical theme to many of the songs on Feels Like Home, and previous songs from the Sheryl Crow canon. 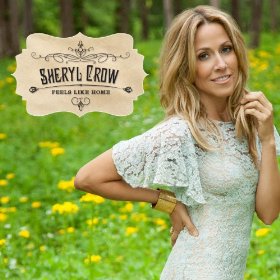 The first two songs “Easy” and “Shotgun” offer absolutely nothing to discern them as either country, or anything different from songs Sheryl Crow has done before. Even “Shotgun” whose title might seem to infer a country theme is more of just an anthem to grease the unquestioning consumer culture that Sheryl Crow makes the perfect soundtrack for with the chorus line, “What’s the point of money if you ain’t gonna spend it?” “Give It To Me” might be the first song construable as country on the album, and is the first of multiple appearances of these over-compressed and ill-advised string section overdubs that seem to be trying to refer to country’s Nashville Sound of the 60’s, but simply come across as cheesy and superfluous.

“We Oughta Be Drinkin'” may again look like a good country song title on paper by how it is stereotypically misspelled, but is hauntingly similar to Sheryl’s also misspelled 1993 super hit “All I Wanna Do” with it’s bouncy pop beat and dismissive tone, shining a light on just how shallow the Sheryl Crow creative wellspring is.

“Waterproof Mascara” co-written by Brad Paisley is by far the most country-sounding track on the album, and it is also the album’s worst. Though the attempt at writing and recording a classic country song is admirable, with lines like “Thank God they make waterproof mascara, ’cause it won’t run, like his daddy did” are so objectionably sentimental and out-of-date, they sound more appropriate for an Unknown Hinson spoof than a serious, mainstream song effort. Add on top of that the most prominent appearance of the cheese ball string sections on the album, and “Waterproof Mascara” delivers some outright “laugh out loud” moments.

“Homecoming Queen” is another unfortunate decision of Feels Like Home. Even the super grouping of songwriters Brandy Clark, Shane McAnally, and Luke Laird couldn’t revitalize this country song concept that has been done so many times, it felt cliche in the 80’s.

Feels Like Home does have its bright moments, even for jaded music listeners wise to Sheryl’s predictable modes. The lyrical hook for “Nobody’s Business” works quite well, and though its stylistic approach to country fits very comfortably in the blueprint of late 90’s Shania Twain, at least it reaches out of Sheryl’s comfort zone. “Stay At Home Mother” comes across as a very personal track from single mom Sheryl, and it is hard to not hear the honesty and emotion in her tone while the dialed back approach of the production brings out the touching nature of the song.

And aside from maybe “Waterproof Mascara” and the mis-labeling of some of the songs as country, there is really nothing wrong with this album. Sheryl Crow may not be offering anything new, but she’s not setting the genre back. In fact, putting all the tired arguments of what is country and what is not aside, an album like this helps tip the mainstream country balance at least back in the direction of being somewhat harmless, though this may speak more to the lengths at which country’s male stars are going towards running country right into the ground than Sheryl’s efforts. One half of country music listeners—the passive ones who just want something to sprinkle their life with a little more color—will get a kick out of Feels Like Home, and I’m not sure it is the duty of the other half to judge them for it.

1 gun up for a fun, and fairly innocuous album with a few good moments.

1 gun down for labeling some of the music as country, and for not allowing the mascara to run.