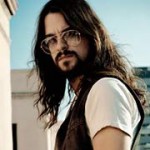 Wow. I’m not exactly sure where this came from, and I don’t care who it came from. The simple fact is that it came, and country music is better off for it.

Ahead of Shooter Jennings’ January release of his new album Family Man, he has released the song an accompanying video for the composition “Outlaw You”. Simply put, this is a shot right to the gut of Music Row, and specifically, this crop of “New Outlaws” (Justin Moore, Josh Thompson, etc.) invading country music.

This isn’t just another anti-Nashville protest song. This is Charlie Rich burning the envelope with John Denver’s name in it on the 1975 CMA awards. This is Alan Jackson launching into George Jones’ “Choices” at the 1999 CMA awards. This is Merle Haggard telling CBS Records executive Rick Blackburn ““Who do you think you are? You’re the son-of-a-bitch that sat at that desk over there and fired Johnny Cash.” It rises to the level of these historic moments in country music history because it not only contains bravado, it also contains class, and truth.

The song is structured similar to Shooter’s pre-Black Ribbons‘ era sound with the .357’s: a mix of country and Southern rock, starting off with fiddle and banjo, but then favoring the heavier guitar sound, and a rapid-fire lyrical approach. The lyrics are undeniable witty, poignant, and pointed, and Shooter uses an extended chorus to create tension to give the title lyric of the song optimum payoff. In the middle, the sound empties for emphasis, as Shooter gives an Outlaw history lesson with his best asset, his soulful voice, buoyed with heavy breathing and rising passion.

I guess it is pretty predictable that I would eat this song up, but what takes a good song and makes it great is a universal theme that in some way enhances the human experience by the end. Even if you like the current “New Outlaws”, even if you’re not in tune enough with the New Outlaw movement for the words to bite with truth, even if you hate Shooter Jennings, the universal message to be true to yourself and what’s inside of you is still effective. This isn’t an anti-“New Outlaw” song, it is an uplifting song about being true to yourself, using the “New Outlaw” movement as a backdrop, and an example.

Critics of Shooter, of which there are many, will find their holes in this song, possibly saying this is an attempt to exploit the anti-Nashville backlash that can be found growing throughout the county, and on sites like this one, to possibly create publicity for his XXX movement. Shooter has reached out to me to let me know Saving Country Music was one of the inspirations behind this song. I called for artists to call out these “New Outlaws” when it seemed like only bloggers and fans were willing to pipe up. There has been a battle going on for the heart of country music, and I’ve been frustrated that the artists on our side seem to refuse to fight. Now at least a shot has been fired.

The video for the song does the job. It is nothing special, but with a low budget approach, simply using some photos and fonts, it helps convey the message without eroding the natural emphasis of the song. Some very likely with smirk at the use of the Bleeding Cowboy font, but if there was an instance when it was called for and appropriate, this would be it.

Time will tell of what the outcome of this song’s release will be. Pop isn’t going anywhere in country music folks. It’s always been there, and always will be. What we can fight for is balance, equality, and choice. Regardless of the outcome, “Outlaw You” gives voice and some enfranchisement to the scores of country fans fed up with the status quo, and the way Music Row has taken the Outlaw history of country, and exploited for marketing purposes; something I’ve been saying around here for almost two years now.

“Outlaw You” is a remarkable composition, and an instant Song of the Year candidate.