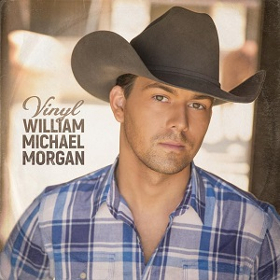 With all the talk about the cheeky machismo of Midland lately, including many assigning the trio savior status for finally returning a semblance of traditional country back to the mainstream of country, folks seem have forgotten that William Michael Morgan did that very thing with a single called “I Met A Girl” in 2016. Soft spoken, not trying to be anything that he isn’t, and not carrying nearly the baggage of Midland, Michael Morgan rode “I Met A Girl” all the way to #2 in the charts at a time when we thought such a feat in modern country was long past possible.

If anything, the success of “I Met A Girl” helped open the door for Midland’s “Drinkin’ Problem,” though both speak to the sort of inbred nature of today’s country, with both songs including Shane McAnally as a co-writer, and Morgan’s selection also carrying a songwriting credit by Sam Hunt, underscoring how even the most agreeable mainstream traditionalists are still likely to have some blemishes.

But the success of Morgan’s “I Met A Girl” gave way to the adversity his second single “Missing” faced, stalling in the charts at #29, despite a strong push from the label—including a full production video—and arguably comprising the best song Morgan has released to date. Some singles fail because a label just doesn’t see fit to promote them. “Missing” was given a fighting chance. Not to completely discount the progress seeing such a song crest the Top 30 symbolizes, but the performance of the song was clearly a disappointment, and perhaps a little too much of a leap forward to expect two traditional country songs from an emerging artist to find top chart success so quickly.

So now we get a third single for Morgan, which is not always the case after a second single struggled to find traction for an artist whose name is new to listeners, speaking again to the commitment and patience Warner Nashville is willing to show with Morgan. It’s the title track from his debut album released in September of 2016. With this one, Warner is being smart and pragmatic, not looking to score brownie points with traditionalists who’ve already found favor with Morgan, but looking to put something up for consideration that radio may actually find favor with.

“Vinyl” from a quality standpoint very well may be the weakest track from Morgan’s debut, but it is ripe to do well in a radio environment that appears to be more amicable to traditional sounds compared to years past, even if it’s still insistent on finding enough sensibilities to be acceptable to corporate country’s notoriously shallow and fickle listenership.

With it’s multiple “girl” drops, and that same formulaic drum beat that Nashville musician Jim Lill exposed as the basis for most country radio singles, “Vinyl” has the stuff to seek and find appeal with the mainstream flock. Of course these are also strikes against it with critics and purists, sort of like the story of Jon Pardi’s “Dirt On My Boots.” Nonetheless, that’s Paul Franklin you hear on the steel guitar, and the song is solidly traditional, with some sensible modern textures to appeal to a wider crowd.

The point of a radio single is to promote an artist and an album to the masses, and you can’t do that unless it has the ability to gain acceptance by the folks in charge. “Vinyl” is not as bad as Pardi’s “Dirt On My Boots,” and not nearly as good as numerous other selections from Morgan’s debut record. But it just might do the trick in a format that’s now looking for ways to regain old listeners while keeping the new ones happy. An artist like William Michael Morgan and a song like “Vinyl” might just be acceptable enough to do that.

This single’s trajectory will be interesting to watch.