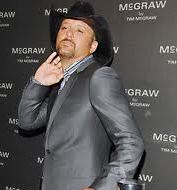 When Tim McGraw launched his self-entitled “fragrance” in 2008 and was caught in the pose you can see to your left, it handed his detractors one juicy piece of propaganda. However contrived or sarcastic the moment was, it seemed to illustrate perfectly the unusual nature of having a star from a genre of music meant to represent and appeal to people from rural backgrounds, stooping to the level of peddling such urban finery as an eponymous fragrance.

Now Tim McGraw appears like a pioneer, as it might be easier to name the top tier mainstream country acts that do not have fragrances or perfume endorsements. McGraw’s wife Faith Hill has a whole line of fragrances, in fact the celebrity family has been at the forefront of product naming. In August 2011 Keith Urban launched the “Phoenix, Keith Urban” cologne. In October, Taylor Swift released the “Wonderstruck” perfume to go along with her lucrative Cover Girl endorsement. And just last month, Rascal Flatts debuted their own fragrance, along with plans to open a chain of restaurants.

So what’s up with all the toilet water and naming rights? Money is the easy and obvious answer, but it goes much deeper than that, to branding, and the immersion of that brand throughout society and culture. Millions of dollars are spent creating, promoting, and maintaining pop country’s big brand names like Taylor Swift and Rascal Flatts. To receive maximum returns from those investments, other avenues of revenue must be opened up beyond the music world and its traditional merch culture.

As wildly popular and recognized as these pop country brand names are, artists cannot always have a hit single on the radio, or a brand new album out. So product naming allows the brand to smooth out the valleys between music releases, just like acting does, something both Taylor Swift and Tim McGraw have been involved in. Restaurants like Toby Keith’s “I Love This Bar & Grill” can help as well. Even if little or no revenue is generated from the branding, it still fortifies the strength of the brand name.

One likely reason we’re seeing an explosion of product naming and perfumes is because in the new reality of the music business, the album and single cycle is elongating. Tim McGraw and his label Curb Records have been at the center of this trend, with McGraw insisting they release his music, and Curb attempting to stretch its artists’ albums out to a release cycle of every 5 years. Cologne displays in big store chains keep that franchise name in the face of the public, like Tim McGraw’s “McGraw” cologne displays that have been prominent in Wal-Mart stores. So when new music does come out, the public is still familiar with the name, and no “comeback” strategy is necessary for their career.

It’s with that philosophy that I would like to announce the release of “Trig, by Trig” an exclusive fragrance for the discerning urban sex panther. It is available exclusively at Habib’s Cell Phone Emporium in Terre Haute, Indiana. 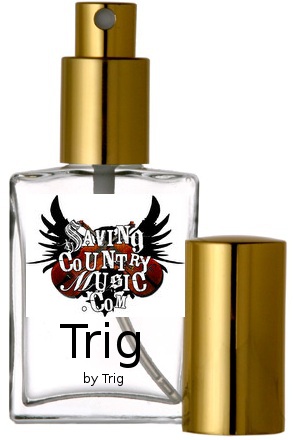