So Jonathan Davis From Korn is Working on Some Country Project 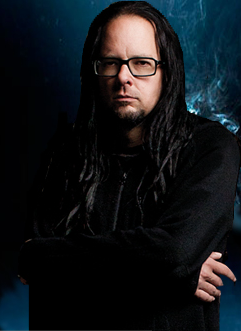 Sorry syntax Nazis, I couldn’t figure out how to turn my R’s backwards, but I am definitely talking about the 90’s era “nu metal” rap rock noise band Korn, and principally their frontman, vocalist, and bagpipe player Jonathan Davis who is apparently working on a country “project” if you are to believe the brief, but unfortunately real missive he released through his Instagram account a few days ago. Davis was on the photo sharing program boasting about reviving the “Bakersfield” sound while in the studio with Big & Rich. Yes ladies and gentlemen, please contain your excitement.

Yeah, so 2015’s class of “gone country” rock & roll washouts, including Aerosmith’s Steven Tyler and Poison’s Bret Michaels has gone there. You know, all due respect to Korn and frontmen who love to die their hair black and cut thumb holes in the ends of their long sleeves to prove how emo they are, but excuse me if I’m not over-the-moon with this idea. Frankly, I hadn’t given much thought to Jonathan Davis or Korn since they were laying waste to 40 years of progress in the mainstream rock genre with Limp Bizkit and Linkin Park in the 90’s. Is Jonathan Davis going country an omen for mainstream country? Or at least rich symbolism? Perhaps, we’ll see.

But in a race to compose click bait articles off of a pretty succinct and ambiguously-worded Instagram post, I feel the need to caution that we still don’t know the extent of Davis’ country exploits at this point. Though many outlets are running with the idea that were on the eve of getting an entire country album from the Korn frontman, it could be that he’s just in the studio to collaborate on an upcoming Big & Rich song, and that’s the alpha and omega of his intended country music involvement. “Working with Big and Rich on a country music project #Bakersfieldsound“ is all he said, with a pretty crappy picture of inside a studio.

After all, Big & Rich are known for their one-off collaborations, especially with outside influences. It could be a tribute project, or a Record Store Day release. Just a couple of weeks ago Big & Rich were in the studio with Clint Black, though it was apparently working on one of Clint’s songs, and not vice versa. Boy there’s another name I’ve barely pondered since the 90’s, but I digress…

Look, there’s worse music than Korn, and worse people making it than Jonathan Davis. But if, (and it’s a big ‘if’ at this point) Davis is making a country record, then it just proves that country music is in need of gatekeepers and scene control amidst the absolute vacuum of leadership in the genre coming from artists, labels, or the media. It’s open season. But you know, with how bad country music is today, who’s to say a country album from the Korn frontman won’t be improvement?

After all, he is from Bakersfield.