So Why Are Songwriters Pissed At The Justice Department All of a Sudden? 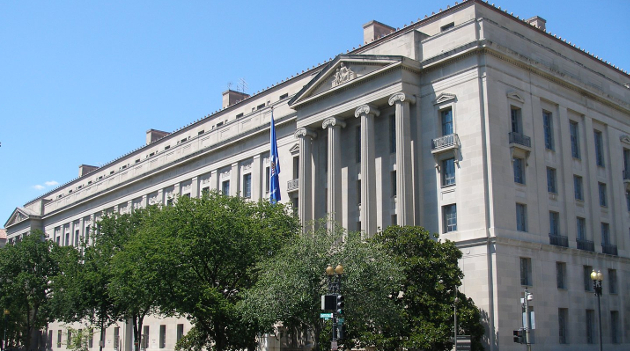 UPDATE: On August 4th, the Department of Justice finalized their proposed consent decree rules. They are now the law of the land.

It seems like every week there is some new issue involving songwriters getting screwed in one way or another, usually due to the move in music from physical sales and downloads, to streaming. And usually it’s an issue whose details are too convoluted for the common fan or even many artists to sink their teeth into and understand. But social network feeds clog up with stories of concern, and many artists and songwriters are clearly exercised over it, so fans want to care, or maybe even do something about it if they can.

Last week the big issue was YouTube, and the ridiculously small amount of revenue that creators make for their works. This week the big issue is a new Justice Department ruling that has the potential to turn the long-standing methods of writing songs, licensing them for use, and paying the songwriters for their efforts completely upside down.

What exactly is going on? Here’s a breakdown.

So just like many things regulated by the government, the way songwriting works under the current guidelines is completely screwy, and totally outdated. Literally the rules of how the government regulates the industry were written before World War 2, and haven’t been tweaked at all in 15 years. Since then, things like music streaming have made the current regulations virtually obsolete, and in dire need of updating.

Most of the songs you hear, and the songwriters or performers you know, have signed agreements to work with one of two major Performing Rights Organizations, or PRO’s. You’ve probably seen the initials “BMI” or “ASCAP” in the liner notes of albums and such, even if you didn’t entirely know what they meant. Basically, these Performing Rights Organizations, which are not-for-profit, track down all the times a song is used, whether it’s on the radio, in a commercial, or even played by another band as a cover at a concert, and make sure the songwriters of that particular song get compensated.

Simple enough, right? Well not exactly. Due to streaming, and due to the incredibly outdated rules, the music industry has been struggling to figure out how to reorganize itself to deal with the new realities in music. But since the songwriting portion of the industry is regulated by the government—due to the need of copyright protections for songs, old antitrust rulings, and because of recent legal actions against streaming companies like Pandora—they can’t restructure until the government says its okay, and sets down some basic guidelines for how the Performance Rights Organizations like BMI and ASCAP can operate.

So recently BMI and ASCAP petitioned the government to update the rules, and give the some million-plus songwriters represented by the two not-for-profits more flexibility in how they can negotiate with streaming companies for use of their works. But instead of granting BMI, ASCAP, and the songwriters they represent some of the updates and changes they requested in the regulations, the Justice Department denied them all, and then added an entirely new regulation: If any songwriter involved with a song wants to license it to any entity—let’s say Pandora or Spotify—they can do so, regardless of how the other rights holders of the song feel about it. The Justice Department is calling the regulation, “100 Percent Licensing.”

The first thing you need to know about 100 Percent Licensing is that absolutely positively nobody in the entirety of the music industry or songwriting community believes it’s a good idea. I mean this thing is a stinker. And furthermore, nobody is entirely sure why the Justice Department has come to this conclusion, aside that they’re complete dimwits to how the songwriting process works, and came to some arbitrary conclusion just to clear the docket and get out of town for the July 4th holiday weekend. Even the United States copyright office, which works closely with the PRO’s and songwriters, thinks this decision by the Department of Justice is completely stupid, and potentially illegal. Basically, it’s a bad deal that smacks of rank misunderstanding of how songwriting works, and instead of a solution for songwriters, it’s a gift for streaming companies like Pandora and Spotify.

This whole process started about two years ago when BMI and ASCAP sued Pandora over the low payouts they were receiving for song plays, and lost. Later Pandora and the PRO’s came to their own agreements outside of courts instead of the PRO’s appealing the case, and everything seemed to be fine. But because of a 1941 antitrust case, the Justice Department has special jurisdiction over these Performance Rights Organizations. When the PRO’s sued Pandora, they were trying to help their songwriters. And now, the entire process has basically blown up in their face.

But how specifically might it affect their livelihoods and the music itself?

If 100 Percent Licensing becomes the law of the land, it would completely screw up the way the accounting currently works for songs—something that it has taken many years, man hours, and financial resources to get to its present state. Basically, you can take that whole songwriting system and trash it if the new rules go into effect. And to completely retool the entire industry to the new reality may take many years, and millions of dollars more for an industry that is already struggling with depreciation of assets and declining revenue, which was the whole reason they approached the government to to change certain rules in the first place.

The second major issue is that the new rule would almost immediately stifle the ability of songwriters to work together on songs. Artists that worked for BMI would almost never work with ASCAP songwriters, or vice versa. Songwriters would be strongly encouraged to only work within house, lest it cause accounting snafus. Smaller publishing houses like Carnival Music may also have to implement such regulations on their songwriters. Why?

Because even if you have a songwriter who only controls 1% of the ownership for a song, that contributor can still negotiate to license 100% of that song to anyone they choose.

Take for example the current single from country artist Thomas Rhett called “Vacation.” Due to the fact that the song samples two other songs, including War’s “Lowrider,” and includes a ridiculously high amount of “producers,” a total of 14 people are listed in the credits as contributing songwriters, including the members of War. So let’s say B.B. Dickerson, who was the bass player for War, wanted to license “Vacation” for an Aqua-Fresh commercial, but all of the 13 other individuals involved in the song,  including Thomas Rhett, didn’t. Well under the new 100 Percent Licensing regulation, it wouldn’t matter. ANY contributor could have 100% say so in the fate of that song.

What the PRO’s and songwriters fear the most is that when negotiating with streaming companies like Pandora and Spotify, say the primary songwriter doesn’t want to make the song available on the format, or wants to try and negotiate with Pandora or Spotify for a higher royalty rate. All these two companies would have to do was the call up another one of the contributors, and negotiate with them. BMI might end up bidding against ASCAP in a negotiation, because one or the other company wants to secure the license.

Some who may hate the fact that so much music these days includes so many songwriters and samples of other songs may see this new 100 Percent Licensing regulation as a way to break up the practice of songwriting by committee, or so many producers absconding with songwriting credits, and this would probably happen if the regulations took effect. But any gains in that fight would be a drop in the bucket compared to the losses the creative music industry would suffer if this new rule becomes the law of the land.

So what can be done to stop all of this?

Well first, the 100 Percent Licensing rule is not in effect just yet. (UPDATE: The consent decrees were finalized by the Department of Justice on August 4th). Some more shoes have to fall before it is enacted. But it is very close. However when there is this degree of universal consternation over a law or regulation, usually something gets changed.

But there is a benefactor here to this 100 Percent Licensing regulation, and they will continue to lobby the Justice Department to implement the new rule. A group called the Digital Media Association, which represents Google, Spotify, and Pandora, has hailed the ruling. “Congress is clear in the Copyright Act that each individual co-writer is authorized to license the whole,” said Gregory Barnes, the general counsel for the group. “Congress created that rule to promote efficiency.”

Yeah, except the Copyright Office is just as bewildered as anyone over this new ruling, and potentially may face its own clerical nightmare if the new regulation goes into effect. At least we can follow the money and see why such a stupid rule was championed in the first place. Google, Spotify, and Pandora want to weaken the negotiating position of songwriters for use of songs through their services to make it cheaper and cheaper for them to do business.

So ultimately what will happen if the 100 Percent Licensing regulation is allowed to go through? Pure pandemonium in the songwriting world for months, potentially years to come, while big streaming companies continue to profiteer more, and songwriters continue to earn less. Or maybe even an implosion of the songwriting industry as we know it. There would also be less collaborations on songs, significantly more solo writes, or songs with maybe only two writers instead of three, and the songwriting industry would have accounting issues on their hands that it may take years to completely unwrinkle, and may result in the delay of payments to songwriters.

That’s why you see so many songwriters, publishers, and artists wringing their hands over this issue, and why its important that people voice their dissent before the new rule becomes law. Whether the Justice Department will listen to reason is anyone’s guess.