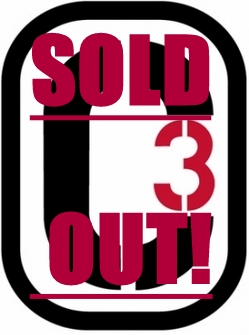 Just about the worst thing that could happen to the independent live music consumer has just transpired, and the entire landscape of live music, and specifically the environment for live music in the “Live Music Capital of the World” of Austin, TX, will forever be changed for the worse.

I’m sure if you’re a music fan no matter what your stripes, you’ve probably heard of Live Nation. It’s the monolith, gargantuan ruler of live music in America, that now with their ownership of Ticketmaster and many of the big and mid-sized venues all across the United States, they pretty much constitute a monopoly of the live music dollar, at least when it comes to mainstream concerts and acts. It could be called the Wal-Mart of live music, but even this analogy would not do justice to the degree of Live Nation’s power over the live music dollar in America.

But you have probably not heard of C3, unless you live in Austin, TX where the company is based, or work deeply embedded in the music industry. To simplify it, consider C3 like the Live Nation of independent music, especially for the Austin music scene, but with a national and international reach. It is owned by three guys whose first names all start with ‘C’, and since it’s inception in 2007 it has become one of the fastest-growing live promoters in all of music, becoming the largest promoter of independent music in that time.

Some of C3”²s most recognizable accomplishments and conquests include the huge Austin City Limits Festival (ACL Fest) in Austin, and Lollapalooza in Chicago. They also own the Orion festival in Atlantic City, the CounterPoint festival in Georgia, LouFest in St. Louis, and the Big Day Out festival in Australia. C3 also has Lollapalooza fests in Chile, Argentina and Brazil, and is looking to expand to Canada and Europe soon. Yes, this is no mom and pop operation.

And C3 does so much more in the independent music space than throw festivals, especially around Austin. In Austin, the company owns many of the city’s most important venues, including La Zona Rosa, Emo’s, and Stubb’s. For many of Austin’s other important venues, they do a lot of the booking and promotion. C3 also engages in artist management and booking for many of the favorite artists of independent music fans through offices in Austin and New York. They help book the music for the historic Austin City Limits PBS program. C3 books the music at the House of Blues venues, which incidentally are owned by Live Nation. And like Live Nation, C3 has their own ticketing company called Front Gate Ticketing. All told, C3 pulled in $124 million dollars from more than 800 shows and sold 2,025,002 tickets in 2013. So yeah, C3 is massive in the independent music space, and has drawn criticism from some for using the same strong-armed tactics Live Nation does because of their size, only on a micro, independent scale.

Now consider the smarmy, unsettling idea of Live Nation coming in and gaining majority control of all of these C3 assets in one fell swoop. Well that is just what happened. A deal first rumored in October by The New York Times for Live Nation to acquire a majority 51% controlling stake in C3 Presents has gone through for an estimated $125 million. The deal was apparently finalized on Friday (12-19), despite one of the three C’s, Charlies Attal, saying in October that there was no deal in the works.

“The Charlies have proven they are amongst the most successful entrepreneurs in the concert industry. I have long admired what they built and now I look forward to working alongside them as they continue to build a world class festival company,” president and chief executive officer of Live Nation Entertainment Michael Rapino said in a statement. “Adding C3, the leading festival portfolio in North America, to our global portfolio of Insomniac, Festival Republic and Country Nation provides Live Nation with the world’s largest festival platform.”

The three C’s of C3 Presents also said, “We are excited to join Live Nation and become a part of their global family, while continuing to grow our festivals within a culture of entrepreneurship that will empower our team to keep improving these festivals and the fan experience.”

What does this all mean for live music? It means the already grotesquely large and ultra controlling corporate structure of Live Nation that presides over the live mainstream music space in America, now has majority control over the independent live music landscape as well. The cries and concerns of a monopoly when Live Nation and Ticketmaster merged has gone one level worse to impinge and subjugate what is supposed to be “independent” music, venues, and festivals.

Some of the things independent music fans may see at some of their favorite festivals and venues moving forward include: 1) More mainstream acts squeezing out independent artists at independent festivals and venues owned by C3. 2) Higher ticket prices and service fees, and tougher access to tickets in a more controlled, corporate environment. 3) More manipulation of the secondary ticket market by withholding blocks of tickets to increase prices as has been accused regularly of Live Nation and Ticketmaster.

In other words, legacy independent festivals like ACL Fest and Lollapalooza are no longer independent. They are now corporate festivals, owned in a majority stake by Live Nation.

So like many of the festivals it owns and promotes, C3 Presents started out with an independent spirit looking to highlight and support talented bands the mainstream ignored. And now they have abandoned the model for the big names and the big payday. Independent music fans have just been sold down the river for the big corporate deal, and this should be marked as a dark day in independent music.