Some Respect for Randy Travis at a Tough Time 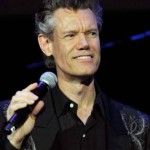 Alright, so we’ve all now had our yucks over this story of a naked Randy Travis being arrested, and I am certainly not above guilt, but I am seeing some fairly alarming rhetoric surrounding this story that I feel is unhealthy to the country music environment. The details of the story may be funny, but the incident is not. Celebrity or no, Randy Travis is a human being who is clearly going through a moment of crisis in his life. And just because he engaged in some illegal behavior shouldn’t give him some additional cred in country music, or somehow means he’s now a country music “Outlaw.”

We expect our celebrities to live larger than life, so that we can too, through them, vicariously. Forget that most artist and performer types are already predisposed to being more susceptible to things like substance abuse and self-destructive behavior, society also sells to them that as artists, they must suffer for their art to be inspired and authentic. It is true that much great art has come from suffering, but it is also true that great art comes from dedication, perseverance, and sweat. And as much as society likes to perch celebrities up on unrealistic pedestals, we also love to tear them down when they trip, in moments of empathetic vacuousness, clawing at them with our jealousy and spite to feel better about ourselves. This is the vicious pop cycle I like to allude to upon occasion, and just like Taylor Swift once said in a famous song, “The cycle ends right now.” Or at least it does here for me.

Are we so diseased in country music that we actually think more of our stars when their lives become a wreck to the point where they’re laying naked in the middle of the road and making death threats to law enforcement? Is this behavior cool? Is this a fate you would wish upon yourself or any of your friends or family? Getting drunk and doing stupid shit may sound like a country song, but facing felonies and a ruined career and loss of a sense of self-worth are very real issues. It is one of the reasons we have a 27 Club, and why suicides and overdoses are such a heavy burden on the celebrity population.

And us lay civilians love to sit back and say, “Oh yeah, you have it real tough with all that money and fame.” But money and fame are broken promises, and many times don’t help pad a celebrity’s fall, they fuel it.

And for the folks saying Randy Travis’s recent troubles make him an “Outlaw” are only fueling the misconceptions of what a country music Outlaw is. I conceded long ago that accurately defining the “Outlaw” term will be a battle of evermore, but trust me, Randy Travis is no more an Outlaw now than he was in 2011, before his drunken behavior was writing headlines.

At the risk of sounding like a broken record, a country music Outlaw has nothing to do with legalities. The original Outlaws–Bobby Bare, Tompall Glaser, and Kris Kristofferson–were not lawbreakers, nor was Willie Nelson until later in life when he was hit with a few stupid and unnecessary pot arrests. Waylon Jennings positively hated the term “Outlaw” and blamed it for his legal woes when the federalies trailed a package of cocaine from New York to the studio where he was recording, later memorialized in the song “Don’t You Think This Outlaw Bit Done Got Outta Hand?”

A country music Outlaw is one that bucks the traditional Music Row, old-guard way of music production by writing their own songs, recording with their own bands, and calling their own shots. Lyrical content and personal behavior are not completely autonomous to the “Outlaw” country image thanks to artists like Johnny Paycheck and David Allan Coe, but the foundation of a country music “Outlaw” has to do with the business of music, not behavior.

Furthermore, the ignorant assertion that personal behavior does influence a country artist’s “Outlaw” status is what is partly fueling this ridiculous and slanderous use of the term by the crop of “new Outlaws” (Eric Church, Justin Moore, Brantley Gilbert, etc.) who think just because they drink too much, talk about fighting, and put women with big tits in their videos they’re carrying on Willie and Waylon’s legacy. Please. Willie Nelson is a pacifist, and probably respects women more than most women respect themselves these days. Being an Outlaw in country means being yourself, and bucking the trends instead of pandering to them. As Sturgill Simpson says, “The most Outlaw thing that a man today can do is give a woman a ring.”

And through this incident, were seeing the rewriting of Randy Travis’s music legacy. Some folks who come to country from the outside looking in are all of a sudden giving his music another look after laughing him off as pop before just because they recognized the name and it wasn’t Johnny Cash, while judgmental types are saying they always knew there was a screw loose with him and they wouldn’t bring themselves down to listening to him again.

This incident didn’t change Randy’s music one bit. Randy has never received enough credit for spearheading both the new push of neo-traditional country and the commercial resurgence of the genre in the late 80’s. One can make the case he set the table for Garth Brooks and country’s return to the stadium and superstar status, without selling out himself.

Whatever is troubling Randy Travis, I hope he works through it to continue to provide the world great country music, and to grow as a person, and as an artist.

Thank you Randy Travis for your music and your service to country music. And even if you’re called home tomorrow, rest assured your legacy is secured in country music, and that it is a positive one.