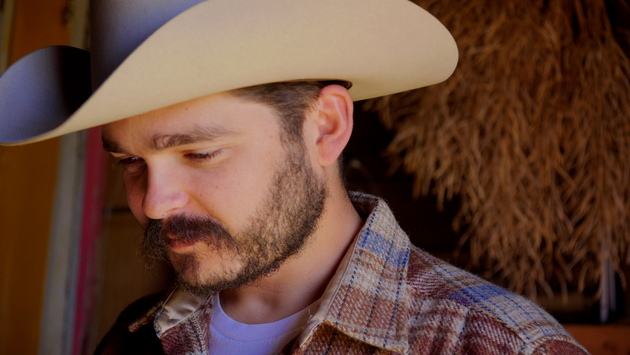 As one of the Pacific Northwest’s strongest classic country voices, Cahalen Morrison has found himself as a member of multiple incarnations of country and roots bands and other collaborations that have seen him share stages with the likes of Eli West, Caleb Klauder, and Kelly Joe Phelps just to name a few. Now he’s poised to release a solo effort through Free Dirt Records on August 19th with his own band called Cahalen Morrison and Country Hammer, and you can get a first taste of what they have in store in the form of his song “Sorrow Lines The Highway of Regret” below. 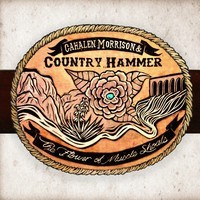 It comes from the album The Flower of Muscle Shoals; a serenade of Cahalen’s sweetheart who he just married and who happens to be from the South’s legendary recording haven. Cahalen is originally from Northern New Mexico where he was bred with the sounds of country and ranchero music surrounding him, playing in his first country band at the ripe age of 13. And then life led him down a different path. “I did what every teenager does, and decided to go down the rock, and whatever road,” Cahalen explains. “But then I came back around to acoustic music, and now back to country. I love the focus on singing and the songs; I love the deep sincerity, the absurd humor”¦ But obviously, overall, I really just love the music.”

Cahalen’s music is also inspired in part by novelist Cormac McCarthy, whose evocation of the deserts of the American Southwest have become legendary. “The sparse quality of McCarthy’s writing allows the reader to do much of the work themselves,”  says Cahalen, and you get a similar sense of conservation of expression throughout Cahalen’s work, allowing the imagination to thrive in the open space.

“Sorrow Lines The Highway of Regret” pulls you in with the walking bass line and steel guitar, and keeps you there with the story of heartbreak told in cunning language. The song exemplifies how Cahalen’s music is classically steeped, but presently relevant.