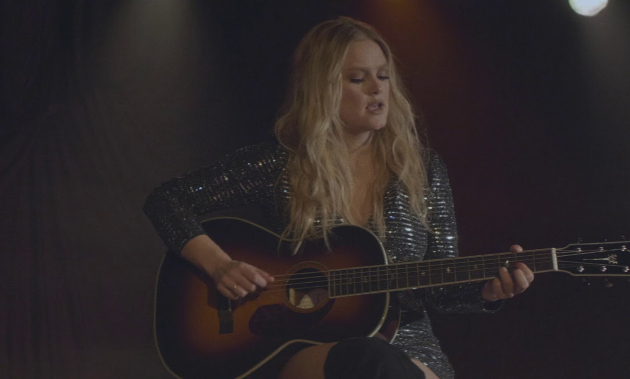 Country music is not for everyone, and that’s okay. And no, this is not some pronouncement that country music should only be for people from the country, nor does that mean that everyone isn’t welcome. But throughout history, country music has been the place where the lonely and brokenhearted turn to commiserate with others through the medium of song and storytelling. It’s music for those with the strange propensity to get feeling better by feeling sad. There is room in country for those with a sunny disposition as well, but the deepest power of country music has always been to convey that we’re not alone in our loneliness, that we share in our struggles and failures with generations of depressed and dispossessed. Even when it feels like the rest of the world has turned against you, country music is still there, welcoming you with open arms.

Usually the themes of heartbreak in country music revolve around relationships, death, or perhaps the erosion of small town life or the family farm. But in the current environment in country, another type of heartbreak has emerged that is more intimately tied to the music itself. Not everyone that has a dream to make it in music has the talent, or the fortuitous timing, or the self-discipline that it takes to make that dream a reality. A dream is not enough when you’re pursuing something that is an elective occupation, and with so few precious spots available to make steady income from, let alone succeed. But often in this current era, the best and brightest, and the most gifted of our generation are the ones relegated to obscurity, while it’s mediocrity is celebrated and elevated to the masses.

In the estimation of many, Hailey Whitters is one of those gifted people. A writer for Carnival Music, she released her debut album in 2015 called Black Sheep to positive reception. From a large Catholic family in Iowa, Hailey moved to Nashville when she was 17 to chase the dream, and here in 2019, it’s still more of a dream than a reality. Similar to Caitlyn Smith’s stunning “This Town Is Killing Me” from 2018, Hailey Whitters’ new single “Ten Year Town” speaks to the struggle of an aspiring performer and songwriter trying to get heard for the last 12 years in a city that seems to not want to listen if you really have something to say.

A new girl fresh off the bus,
she cut right in front of the rest of us.
I need longer lashes and a shorter dress,
to be that overnight success.
I thought this year I’d wear that crown,
I’m 12 years into a 10 year town.

Cutting and autobiographical, this acoustic song perfectly encapsulates the emotional toll that chasing a dream to a dead end delivers, but it also underscores how sometimes it’s our lowest states of mind that breed our greatest inspiration. “10 Year Town” is from an upcoming album from Hailey Whitters to be called The Dream. It will be released on Carnival Music, which Whitters signed to in 2012, and include co-writes with Brandy Clark and Lori McKenna.

Though Whitters may not be a household name, she has received some notable songwriting credits. Whitters was one of the writers on Alan Jackson’s “The Older I Get,” which he released as an album single to coincide with his induction into the Country Music Hall of Fame in 2017. Whitters also co-wrote “Happy People” with Lori McKenna, which will appear on Hailey’s new record after also appearing on McKenna’s 2018 album The Tree, as well as comprising a radio single from Little Big Town, arguably their best song from their 2017 record The Breaker. Martina McBride also recorded Hailey’s solo-written “Low All Afternoon.”

Though the struggles of Hailey Whitters are very specific to her situation as a songwriter, they’re something we can all immediately relate to as refugees from one broken dream or another, having to face each day knowing things didn’t work out exactly how we wanted them to, but still needing to persevere and hold out hope in finding purpose and fulfillment in life. But most importantly, “10 Year Town” exemplifies how we can take our failures and frustrations, and through the gift of inspiration, channel that energy into something of beauty, and hopefully, something that will result in our greatest success.