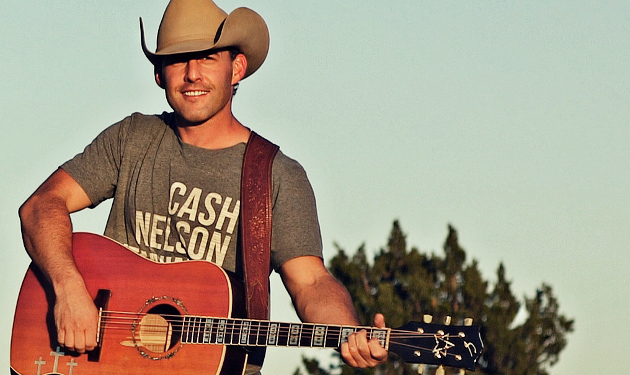 Look, if you’re truly an Aaron Watson fan, and you’ve been following him for a number of years, then you know instinctively not to get too overly worried about one particular song, or jump to conclusions that it symbolizes some sea change in his sound and he’s going to go all Nashville on our asses. Aaron Watson has always been a pragmatist with his music, straddling the lines between the creative and the commercial. That’s not trying to make excuses for him or playing favorites just because he a more likeable guy than some mainstream cad braying about chicks in bikinis and beer all the time. That’s just what Aaron Watson is: a tale of two styles.

The Texas country songwriter and performer turned Nashville upside down early last year when his record The Underdog went #1 on the country album charts way before this feat became something you expect from top tier independent artists. All of a sudden the title of the record came across as either poignant or ironic—or both perhaps—and Aaron Watson was being talked about as an independent artist with mainstream impact. Aaron Watson forged a template where independent artists no longer needed a major label or mainstream country radio to find major success. Thirty Tigers and a tireless management crew could get you there while the artist was allowed to keep control of their music.

And on The Underdog, like many of Aaron Watson’s albums before, he reached for the attention of average Joe music listeners with certain songs, and that’s the style of track you get in his latest single “Outta Style.” Just shy of the dastardly term “Bro-Country,” Watson’s “Outta Style” actually is trying to convey something, namely the story a man and woman who have a type of love that is able to endure trends and travesties, and the song uses a fiddle riff as opposed to synthesizer or arena guitar as its main style point. 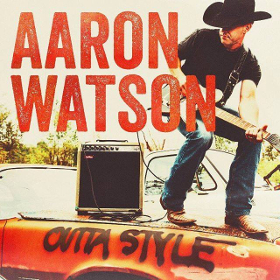 Nonetheless, “Outta Style” is very list-like, with shades of Bro-Country, and fairly cliche lyrics. When listening through the first time, I had to shut it off when the chorus got to the part about a “Chevy” parking at the “levy.” You realize after subsequent listens the song purposely reconstitutes the lyrics of McLean, Steve Earle, and Mellencamp, so I’m not sure if it’s fair to call them as much cliche as just a bit tired. The hand claps will draw the ire of some as well, though others will find it as one of the more fetching parts of the song.

I would be lying if I didn’t say that repeat listens didn’t rehabilitate “Outta Style” to the “not that bad” category. Maybe it’s the fact that the fiddle is so out front that you forgive some of the other stuff, or maybe because Aaron Watson is a natural underdog you want to root for him. There is ample reasons to dislike this song for the folks that take music so seriously they find it worthwhile to seek out the opinion of music critics, but there are many average music fans who are just looking for something to tap their toe to that will appreciate this effort. Aaron Watson wants to speak to both sides with his music, and right now it’s time for the other side, which is usually the turn reserved for a debut single from an upcoming record.

Will Aaron’s new album offer atonement for a song like “Outta Style,” or at least alternatives? History would say that it will. After you hear a song like “Bluebonnets (Julia’s Song)” from his last record, Watson could release a techno version of “Achy Breaky Heart” and you wouldn’t care. One of the reasons some may be surprised to hear a song in this style coming from Aaron Watson is because they’ve instinctively skipped over the song or two from The Underdog that frankly are much worse than this.

We won’t know what we get on the new Aaron Watson record until we listen. But it’s a new day in country music, and an artist like Aaron—whose already risen a blip on the mainstream radar—could be in a real good position to make even bigger gains. What’s even more promising is that he may not need songs like “Outta Style” to do it. In a period where William Michael Morgan has gone #1 on radio, and is riding that confidence to release “Missing” as a single, it’s time for traditionalists to quit making excuses and compromises, and start showing a little resolve.

What’s going “outta style” is Bro-Country and songs that chase trends, while traditional country has once again proved to be the timeless influence in country music that always comes back to the forefront. This should bode well for an artist like Aaron Watson if he sticks to what he does best.