If you need any more validation that it is a new day in music, just sit back and appreciate that one Austin Lucas—the scrappy, heartfelt, post-punk songbird who migrated south to country not for support but from passion—is now signed to the prestigious New West Records and is label mates with the likes of Steve Earle, Corb Lund, and Patty Griffin. His new record Stay Reckless is slated for release on August 27th, and can be pre-ordered now. 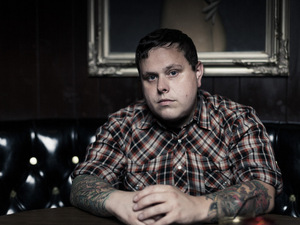 Preceding Stay Reckless is a song established Austin Lucas fans will already know well from his live performances, whether experiencing it with a band like Tennessee’s Glossary backing him up, or Austin simply rocking the acoustic guitar solo like nobody else can. “Alone In Memphis” typifies what makes Austin Lucas such a unique performer. You couldn’t coerce the country out of Austin’s voice for anything, and it has a smooth gentleness and a yearning that is both fragile and remarkably controlled. But Austin’s punk roots show when the song evolves into the full band concept, creating a divine mixture of influences that trace a template for how to evolve country music while still respecting its roots.

Whether electric or acoustic, Austin only knows one way to perform a song: with 100% passion, until the song’s inspiration manifests right there on stage and coats every word. Even if you hate the lyrics, or can’t connect to the story of “Alone In Memphis,” it is written perfectly to pull the emotion right out of Austin every time and spill it out amongst the audience in a moment of shared reflection and commiseration on one of the most fundamental failings of the human condition—our inability to feel stable without the company of another.

Great songwriters know how to write to their strengths, and that is what Austin does in “Alone in Memphis.” 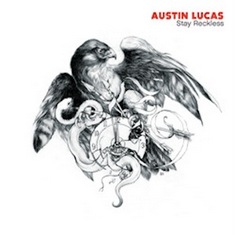